BUSINESS China's 1,100-KV transmission line to be completed by end of 2018

It’s expected that China’s 1,100-KV ultra high voltage direct current (UHVDC) transmission line will be finished before the end of this year. 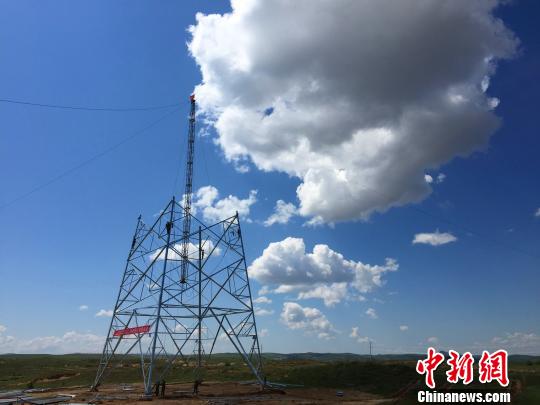 It is the world’s longest transmission line with the largest capacity and highest voltage. It is also the most advanced of its kind.

The transmission towers each exceed 100 meters in height, making them as tall as a 33-storey building. The cables used in the project are as thick as an adult’s wrists. The porcelain insulators and even the screws and nuts for stabilizing the cables weigh over 10 kilograms each.

Over the past two years, the project team in Xinjiang has built 1,109 transmission towers along the 600-kilometer corridor across the deserts, wind zones and Tianshan Mountains of the northwest autonomous region.

Compared with the 750-KV transmission lines that are already well-developed, increasing the voltage to 1,100-KV has posed unprecedented challenges to the engineers.

The building of converter stations, for instance, are key to the project, requiring the most advanced technologies in the industry today. For this feat, the company has had to further develop capacity and electric insulation, and making such cutting-edge equipment has further improved China’s manufacturing capabilities.

The State Grid Corporation of China calculated that the line will have an annual power transmission of 66 billion kilowatt hours with a transmission loss of only 1.5 percent per 1,000 kilometers, cutting 30.24 million tons of coal transport.

Thanks to the power generated by clean energy, air pollution in central and eastern China will be largely reduced. The operation of the transmission line will cut 24,000 tons of soot, 149,000 tons of sulfur dioxide and 157,000 tons of oxynitride on a yearly basis.

The success of this project shows that China’s UHV technology has reached a new high, which will enhance the country’s global competitiveness in power grid technology and electric equipment manufacturing. It has also laid a solid foundation for future international cooperation in this field.