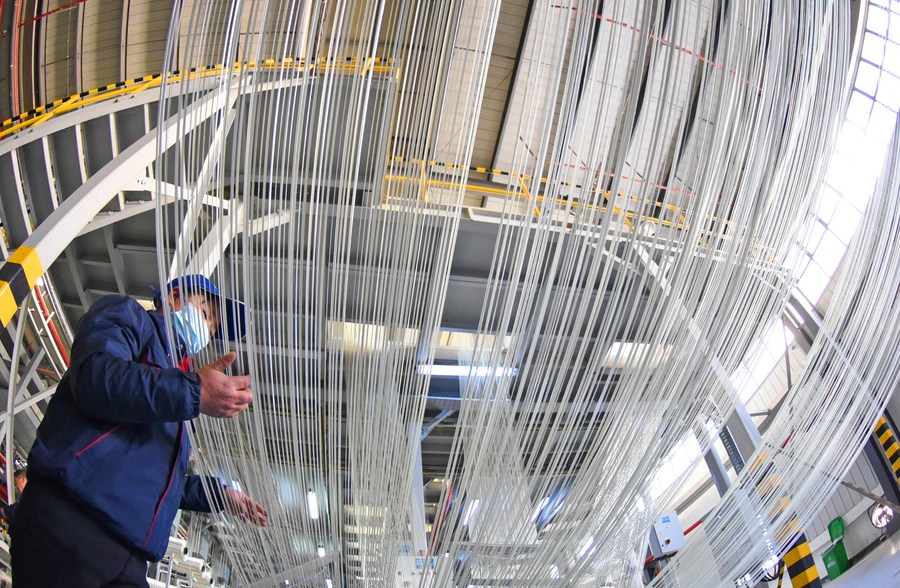 The 10,000-ton carbon fiber base of CNBM in Xining started construction in May 2019, with a total area of 800 acres. The company invested 5 billion yuan ($0.77 billion）in the base, with the technology and scale placing the firm at the top of the domestic industry.

The expected capacity of the production base is 25,000 tons.

The high-end carbon fiber produced at the facility can withstand over 2,000 degrees Celsius. It weighs only 25 percent of steel, but is 10 times stronger than steel. The carbon fiber can be widely used in a range of fields including aerospace, transportation and new energy.