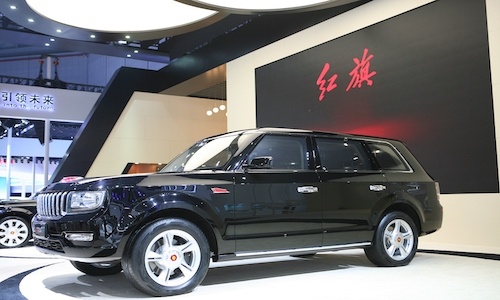 China's car production and sales in 2020 will likely approach last year's level if the current trend of car consumption rebound can be maintained in the fourth quarter, said a Chinese government official at the 2020 China Automobile Supply Chain Conference, according to media reports.

The improving car market also reflects that Chinese consumers' spending power has not been shaken fundamentally by the coronavirus epidemic, experts said. They also added that preferential policies from the local governments and companies have helped prevent the car market from sliding into a long winter as a result of the disease, which interrupted production earlier this year.

Wu Wei, an official from the National Development and Reform Commission, said at the aforementioned conference that although the coronavirus outbreak has added uncertainties and instability to China's car market, China's car enterprises have managed to guarantee the stable operation of the country's car industry chain, according to a report of the car information portal bitauto.com.

Wu also mentioned that China's car production and sales have seen year-on-year monthly growth for six months in a row.

By the end of September, China's car ownership had surpassed 275 million units, making China overtake the US to own the largest fleet of cars in the world, the report showed.

Data from the China Association of Automobile Manufacturers also showed that China's Auto Climate Index, a barometer of the health of the car market, stood at 54 in the third quarter, an evident rebound from the first and second quarters.

A car industry observer surnamed Song predicted on condition of anonymity that in 2020, car sales and production could possibly reach about 90 percent of last year's level.

"The fast car market rebound in the second half of this year is propelled by the release of pent-up demandafter the coronavirus lockdown. The rollout of consumption subsidies and preferential policies has also helped fuel the trend," Song said.

However, he stressed that such growth won't be as wild as in the past, "like before 2018," as China's total car demand hasbeen suppressed by the rise of car sharing and problems like inadequate parking lots.

"The era of rapid car sales growth has passed in China. With the rise of new-energy cars, China's car market will continue upgrading, and the entire market may possibly maintain yearly single-digit growth in the next few years," he said.