BEIJING, Jan. 18 (Xinhua) -- China's job market remained stable in 2020, with the surveyed unemployment rate in urban areas standing at 5.6 percent, below the government's annual target of around 6 percent, data from the National Bureau of Statistics (NBS) showed Monday. 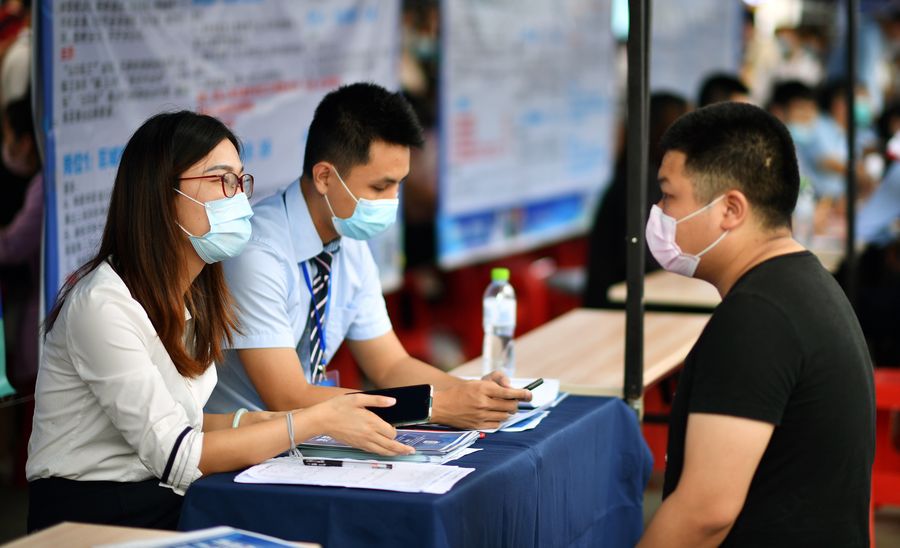 In December, the surveyed urban unemployment rate was 5.2 percent, flat with the same period of the previous year.