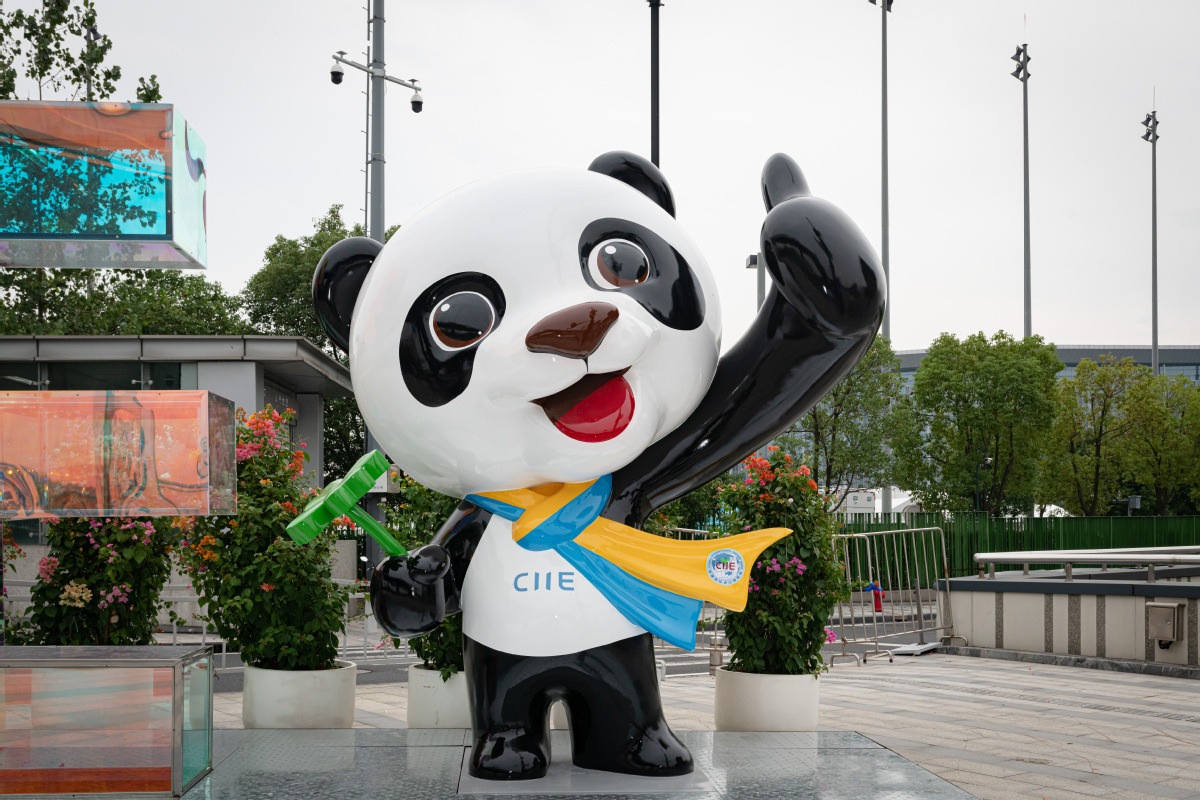 A statue of Jinbao, the panda mascot of the China International Import Expo, is seen in Shanghai. (Photo: IC)

The total number of countries and companies participating in the event scheduled to be held Nov 5 to 10 in Shanghai, the country's financial center, will surpass the third China International Import Expo, the CIIE Bureau said.

A total of 58 countries and three international organizations will participate in the country exhibition, which will see 15 countries joining this exhibition for the first time and five making their debuts at the CIIE.

About 39 trading groups and 599 subgroups have also been drawn to the event for professional procurement, according to CIIE Bureau.

Over 80 percent of Fortune Global 500 and industrial leaders who participated in the fair last year will return for the 4th CIIE, due to the fruitful achievements they made.

Additionally, the Hongqiao International Economic Forum as well as a high-level forum, celebrating the 20th anniversary of China's entry into the World Trade Organization, are expected to take place at this year's CIIE.

Meanwhile, 12 subforums, an international seminar with a report release, as well as over 500 other related activities will also be held during the event.

The first China-Europe freight train with CIIE goods has arrived in Shanghai, with a total of 35 containers with goods weighing about 460 tons.

All the exhibits and the freight train have been disinfected and checked before entering China to meet the CIIE's anti-epidemic prevention and control guidelines.