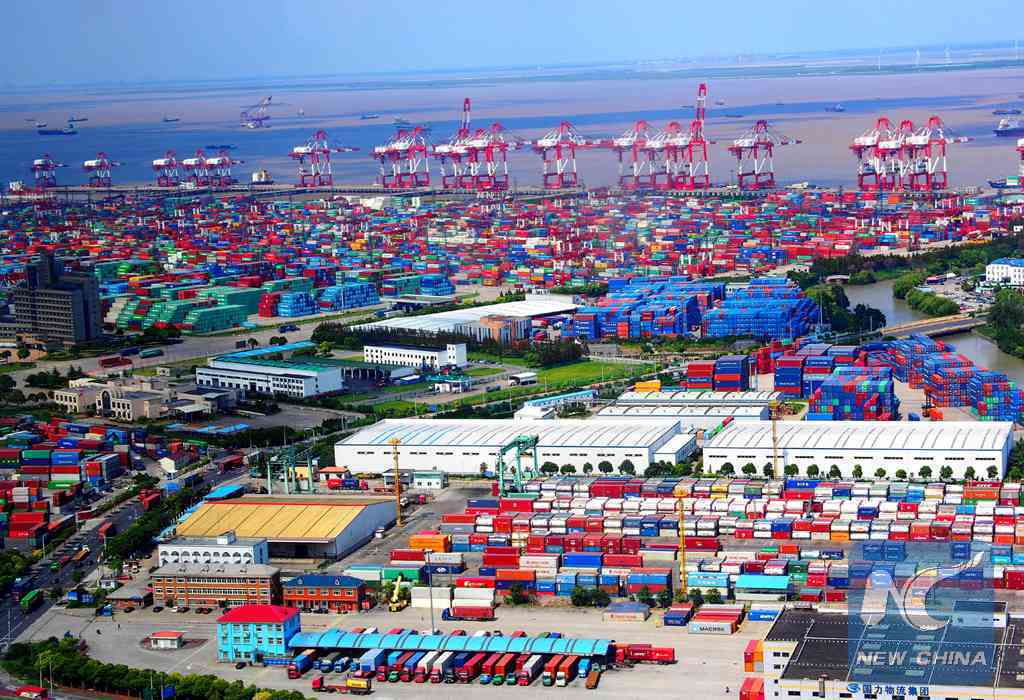 BEIJING, Oct. 7 (Xinhua) -- China's accumulated outbound direct investment (ODI) reached over 1.8 trillion US dollars by the end of 2017, moving up to the second place in the world rankings, according to an official report.

"China has made investment in 189 countries and regions globally, with its accumulated ODI accounting for 5.9 percent of the world's total," said Zhang Xingfu, an official with the Ministry of Commerce (MOC).

The report, published by the MOC, National Bureau of Statistics and State Administration of Foreign Exchange, also showed that China's ODI reached 158.29 billion dollars in 2017 alone, ranking the third in the world, following the United States and Japan.

However, the volume declined 19.3 percent year on year, falling for the first time since 2003.

Chinese authorities have reinforced scrutiny of the authenticity and compliance of ODI since the end of 2016, especially of projects which were not about real economy or neglected environmental protection, energy consumption and safety.

In addition, Chinese outbound investment saw diverse industrial layout, according to the report.

Chinese investment in both Europe and Africa saw an over 70-percent increase in 2017, with the former reaching a new record high to 18.46 billion US dollars, said the report.

During the same period, investment in countries along the Belt and Road accounted for over 12 percent of China's ODI, up 31.5 percent year on year.