China's advanced manufacturing expands by about 50% in Jan-Feb period 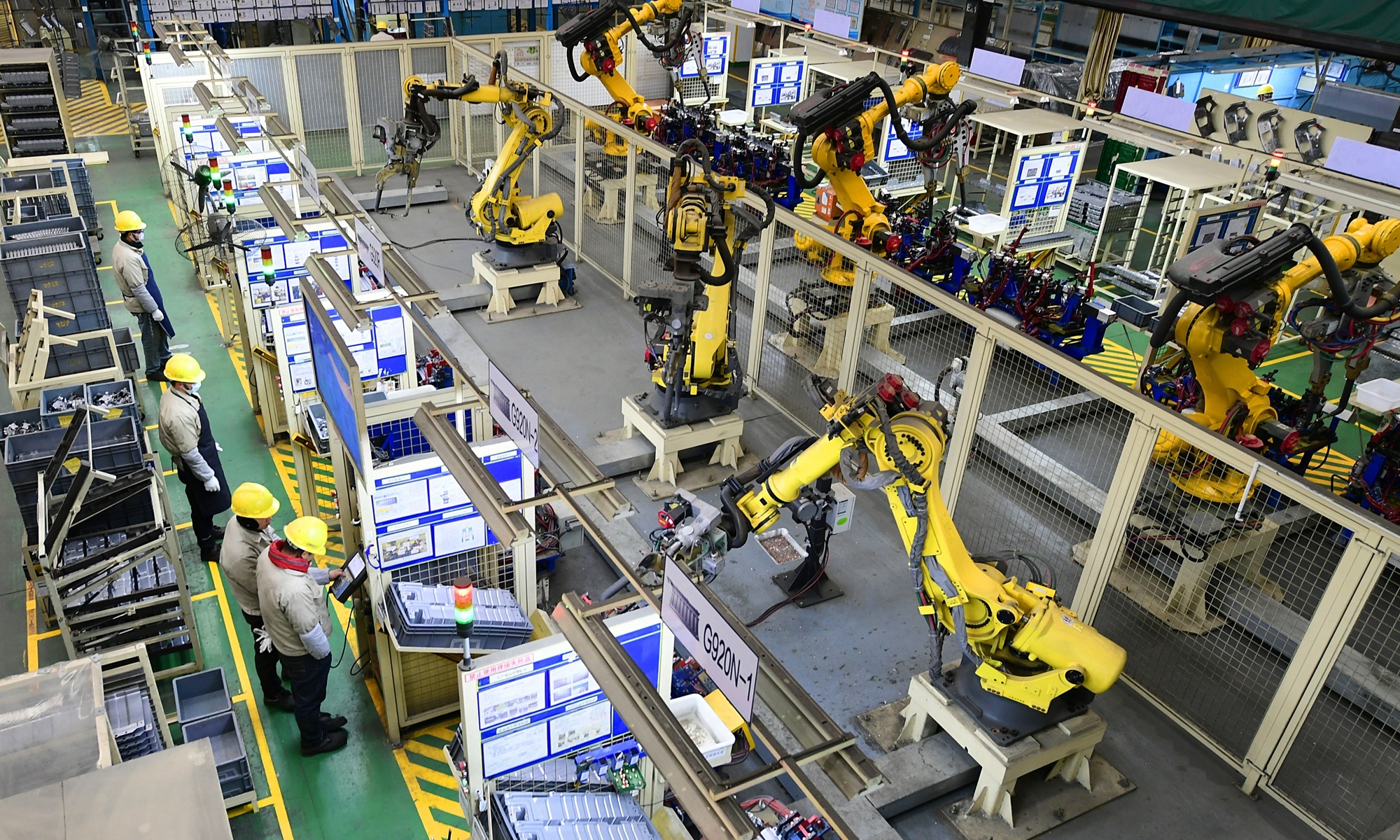 China's industrial production continued to gain momentum during the start of 2021, with strong performances in the high-tech and equipment manufacturing sectors, the National Bureau of Statistics (NBS) said on Monday.

High-tech and equipment manufacturing saw their increase at 13 percent and 10.2 percent each, averaged by the January-February period in 2020 and 2021, data from the NBS showed.

Value-added industrial output increased by 35.1 percent in the January-February period year-on-year, which was higher than the 16.9 percent recorded in the first two months of 2019, the pre-epidemic norm.

The manufacturing sector's output climbed 39.5 percent year-on-year, the fastest growth among the three major sectors: manufacturing, mining, and the production and supply of utilities.

On a month-on-month basis, value-added industrial output in February increased 0.69 percent compared with January, according to the NBS, reflecting the continuous recovery of the economy as COVID-19 epidemic prevention becomes normalized.

Bai Ming, deputy director of the international market research institute at the Chinese Academy of International Trade and Economic Cooperation, a think tank under the Ministry of Commerce, told the Global Times on Monday that the growth in equipment and high-tech manufacturing, an important metric of China's manufacturing upgrade, shows the nation had recovered from the impact of the pandemic and was also moving at its scheduled pace toward being a manufacturing power.

"The incremental production and investment in high technologies and equipment are in line with the nation's determination to possess core technologies instead of being exposed to the risks of being choked off by others," Bai noted.

Liu Enqiao, a senior analyst at Beijing-based Anbound Consulting, told the Global Times that it has become important to prioritize making products with high added value along the industry chain amid the upgrade.

The pandemic disrupted the industrial frameworks of several countries that want to rebuild their industry and supply chains - such as the US and Europe.

In this regard, China should grasp innovation and technological development as drivers of productivity growth, Liu noted. The nation has established a comprehensive industrial system as a base for further high-technology development, and its advantages were given full play during the coronavirus-plagued 2020.

China will increase research and development spending by more than 7 percent every year over the next five years, and increase expenditures on basic research by 10.6 percent in 2021, according to this year's Government Work Report.