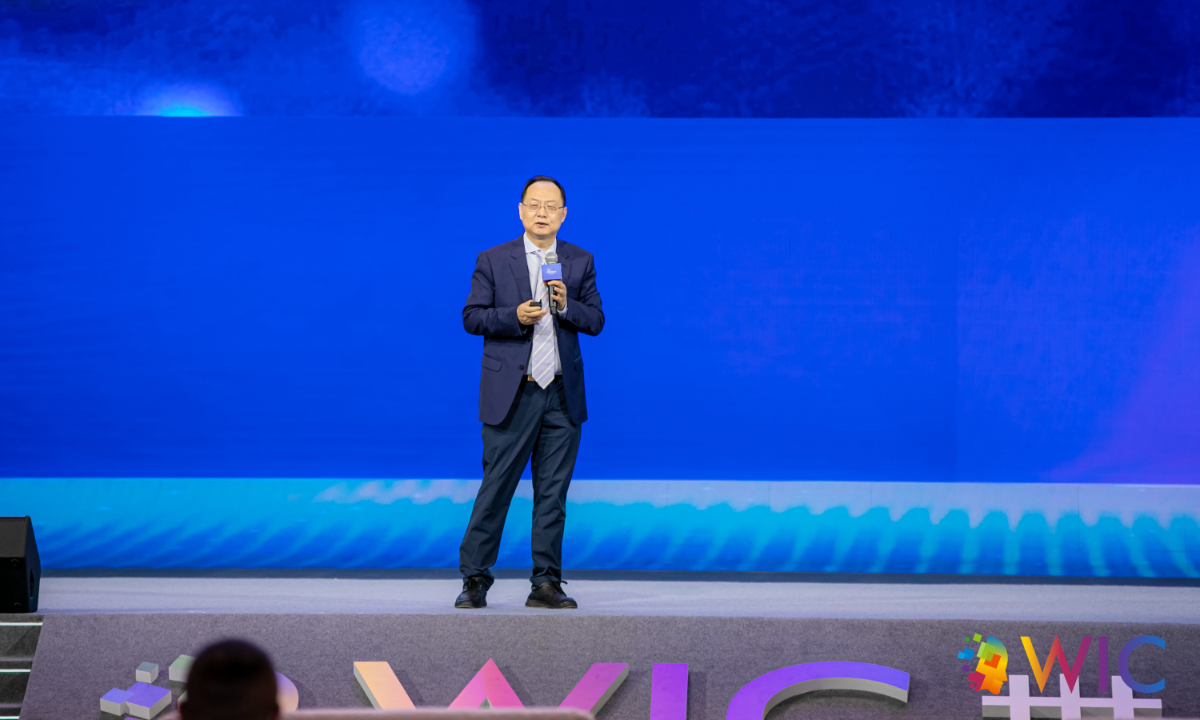 Liu Gang, director of the Nankai Institute of Economics and chief economist at the Chinese Institute of New Generation AI Development Strategies, at the closing ceremony of the sixth World Intelligence Congress (WIC) in North China's Tianjin Municipality on June 25, 2022 Photo: Courtesy of WIC

Boosted by "deep" technological innovation and entrepreneurial activities, China's artificial intelligence (AI) industry has consolidated obvious incremental momentum in terms of scale growth and the comprehensive expansion of application fields and accelerated integration with the real economy, according to a report released at the closing ceremony of the sixth World Intelligence Congress (WIC) in North China's Tianjin Municipality on Saturday.

The "deep" technological innovation refers to innovation activities based on basic research and R&D focused on core technologies, with the aim of fostering future industries and building an autonomous and controllable technology system that guarantees the sustained improvement of the international competitiveness of Chinese industries, the report claimed.

"The development of China's AI technology industry has a distinctive feature, that is mission-driven. For example, AI is widely used in poverty alleviation, the fight against the COVID-19 epidemic and achieving the country's 'double carbon' goal," Liu Gang, director of the Nankai Institute of Economics and chief economist at the Chinese Institute of New Generation AI Development Strategies, said during the congress.

This mission-oriented development has injected new vitality into the AI industry development and the deep integration with the real economy, Liu added.

In recent years, the development of AI in China has been widely and enthusiastically accepted by the public, Liu said.

In the field of smart networked vehicles, a survey by the institute showed that 85 percent of those who have test-driven self-driving cars believed that most self-driving technologies have surpassed or even expected to surpass the driving levels of most drivers.

More respondents stated that they trust platform companies, including Baidu and Huawei who are now providing autonomous driving technology and products.

Moreover, 90 percent of respondents expect the country to speed up the introduction of laws and regulations covering autonomous driving.

"Driven by 'deep' technological innovation, China is becoming a global tech power at an accelerating pace, while gradually developing into an economic power," Liu said.