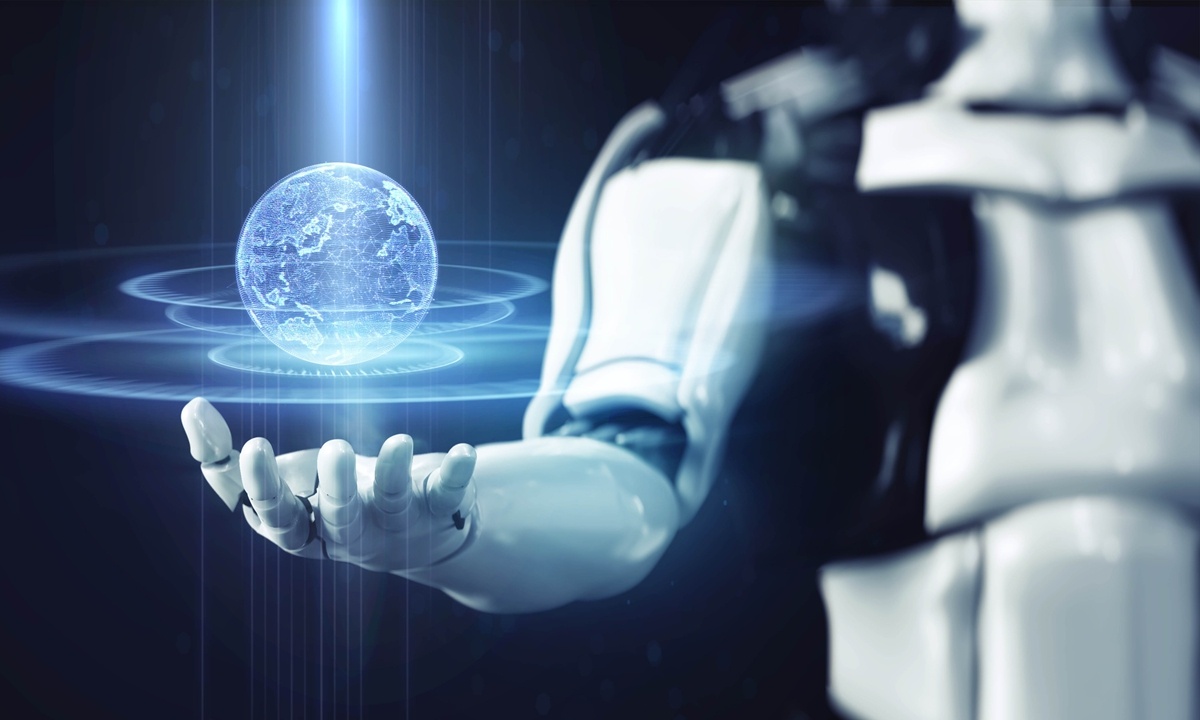 China's artificial intelligent (AI) start-ups, amid a rapidly-growing market that drives up investment in research and development (R&D), have been pursuing public debut on the Chinese mainland exchanges in recent months. But to date, most of their IPOs have endured a bumpy ride, raising questions on issues concerning data security and data compliance - a sector which Chinese regulators have been tightening scrutiny.

In a latest move, Guangzhou-based AI unicorn CloudWalk has updated its financial data in early June, after which the Shanghai stock exchange resumed its IPO audit.

The company filed a prospectus with the Shanghai stock exchange in December 2020, seeking to raise 3.75 billion yuan ($573.5 million) in an IPO on China's Nasdaq-style STAR market.

Another AI start-up Megvii, backed by Alibaba, completed the first round of inquiry reply from the Shanghai tech-heavy STAR market, a spokesperson of the firm told the Global Times on Tuesday. The following procedure "is the same as other companies seeking public debut" and the firm is waiting to see if there is another round of inquiry from the Shanghai bourse, the company spokesperson said.

Megvii filed a Chinese Depositary Receipt offering on Shanghai's STAR board in March, 2021, seeking to raise at least 6 billion yuan in the fundraising.

It is the second time that the company has filed for an IPO. Two years ago, its application for a Hong Kong listing lapsed after the firm was blacklisted by the Trump administration over alleged human rights violation and threats to US national security.

Megvii and CloudWalk, along with Yitu and SenseTime, all of whom are valued at over 10 billion yuan, have gained fame as "China's four AI dragons" within the industry. The four AI start-ups are all specialized in computer vision, and together account for about 51 percent of domestic market share, according to media reports.

In addition to Megvii, the other three firms also appeared on the US blacklist, which barred them from purchasing productions and service from US supplies without government approval.

Yitu applied to terminate its IPO application on the STAR board on March 11. SenseTime is reportedly exploring a dual listing in both Hong Kong and Chinese mainland, the Bloomberg reported. The company refused to comment on market speculation.

Behind the AI unicorns' hunger for capital is an ever-expanding market on a bullish run. According to a report issued by research institute IDC, the market scale of China's AI software and application is expected to hit $12.75 billion in 2024, with a compound annual growth rate of 39 percent in 2018-2024.

In 2019, market size has already topped over $2.89 billion, with the computer vision application market taking up over half of the total market share, the IDC report showed. 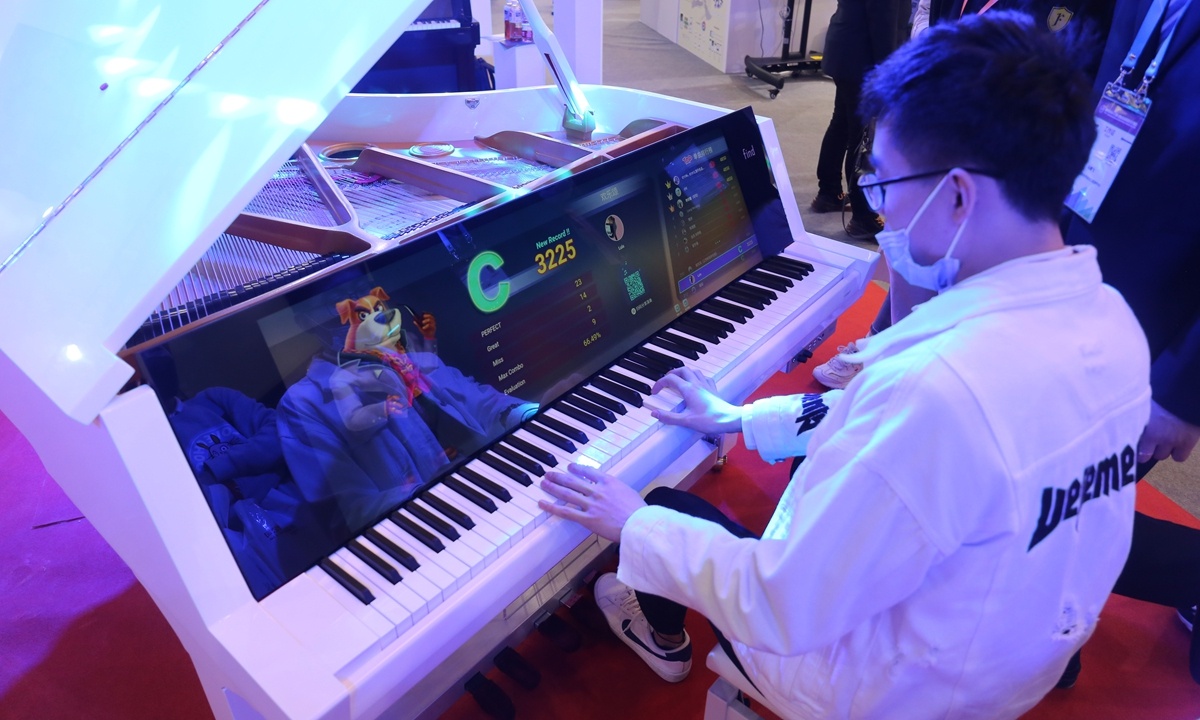 A visitor plays the piano with built-in artificial intelligence technology at the China (Shanghai) International Technology Fair on April 15. The piano is programmed to run intelligent error-correction and instruct the player. (Photo: cnsphoto)

According to data from Chinese information platform tianyancha.com, the "four AI dragons" have completed at least seven rounds of fundraising, which means that all of them should be close to issuing an IPO that would effectively address their urgent desires for further investment.

Megvii recorded a loss of around 13 billion yuan to date, spending heavily in R&D which has burnt through almost all of its revenue. The company projects it will require at least 2.05 billion yuan in cash flow in the next three years. Yitu and CloudWalk also suffered losses of 7.23 billion yuan and 2.28 billion yuan, respectively, according to media reports.

But a close examination into their IPO prospectus and inquiry reply points to a critical issue that could weigh on their IPO progress: data compliance.

Megvii listed dozens of patents in capturing, testing and recognizing human being's faces in its IPO prospectus. In the first round of inquiry, Megvii is required by the Shanghai stock exchange to provide explanation on detailed procedures of its data collection, cleaning, management, and application that its product, service, and technology might involve with.

Also, it needs to elaborate on data sources and compliance, compliant measures on data gathering, management and application, as well as lawsuits and disputes concerning data compliance.

In March, a Chinese real estate sales center's deployment of AI technology invoked a tsunami of anger on social media platforms, leading to widespread social discussion on how to better regulate the application of facial recognition and where the tech's boundary should be.

Megvii said in the 560-page inquiry reply that the firm is only the provider of the product, rather than the collector and user of relevant personal information. Neither did the company participate in the development and design of the facial recognition system nor did it handle such data. It further contends that the builder and controller enterprise of the facial recognition system should take responsibility for their own practices. 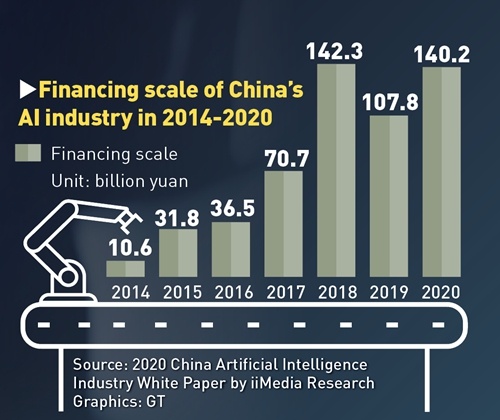 How to convince regulators?

The controversy which embroiled Megvii underscores the Chinese public's mounting security concerns on facial recognition technology, which analyst said will create a headache for AI unicorns who are eager to access capital.

"AI start-ups need to take pragmatic actions to convince regulators and investors on how the data management process will abide by laws. They also need to sign internal agreement with their business partners to ensure that their technology is not abused and used for illegal purpose in public places," Wang Peng, an assistant professor at the Gaoling School of Artificial Intelligence at the Renmin University of China, told the Global Times on Wednesday.

While it is important for companies to be alert to regulators' legal "bottom line," Wang also suggested that the AI unicorns should also apply encryption technology, such as blockchain, to properly store sensitive data and prevent it from being hacked.

Megvii said in the IPO prospectus that it is investing 2 million yuan into the R&D of AI safety and ethical research center project, and will "build an AI data security and privacy protection mechanism to effectively solve data security and personal privacy issues."