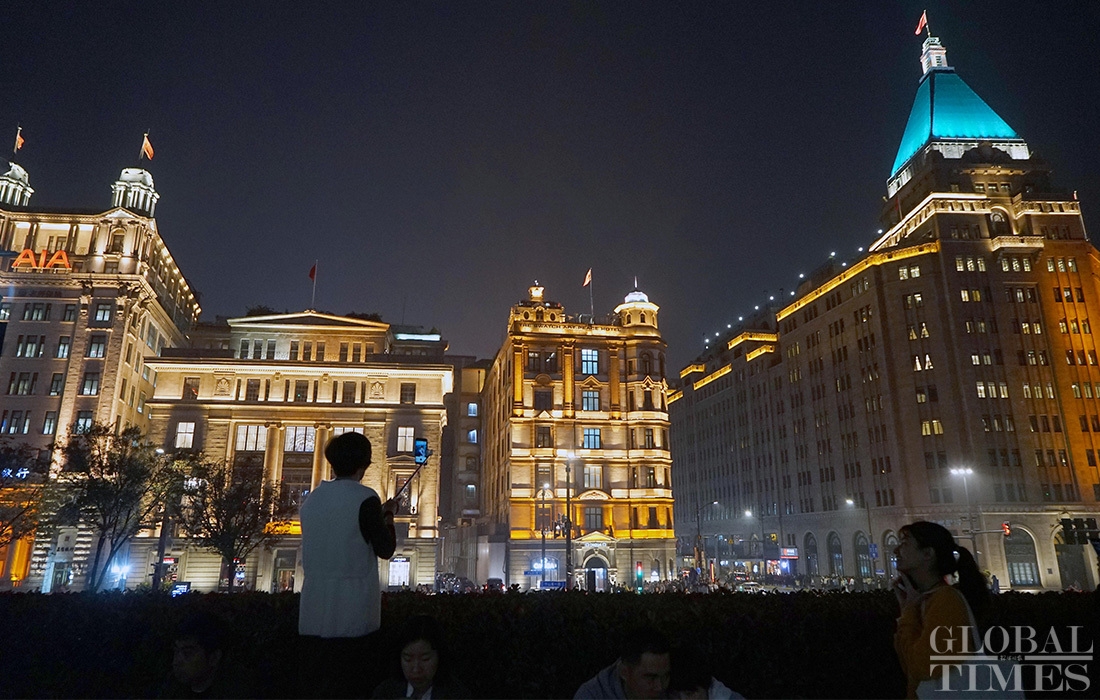 The 27 buildings of different architectural styles are illuminated with dazzling lights at the Shanghai Bund. (Photo: GT)

Amid the pandemic's negative impact on the global economy and travel, FDI flows plunged globally by 35 percent in 2020 to $1 trillion from $1.5 trillion in 2019, according to the World Investment Report 2021 published on Monday by the United Nations Conference on Trade and Development (UNCTAD).

FDI to developed economies fell by 58 percent, in contrast to an 8-percent decline in developing economies, which accounted for two-thirds of global FDI in 2020, the report said.

FDI inflows to Europe declined 80 percent and those to North America fell 40 percent. In the meantime, Latin America and the Caribbean saw FDI fall 45 percent and Africa 16 percent.

Asia, already the world’s largest FDI recipient in 2019, received more than half of global FDI. Growth was driven by China, India and the United Arab Emirates.

In China, FDI growth picked up in 2020 with a 6-percent gain to $149 billion, reflecting the country’s success in containing the pandemic and its rapid GDP growth recovery, according to the UNCTAD report. The growth was driven by technology-related industries, e-commerce, and research and development.

UNCTAD’s director of investment and enterprise James Zhan was cited in a report by state broadcaster CCTV on Monday as saying that China's investment environment is positive and optimistic, and the country is a bright spot in global investment.

Zhan expected FDI inflows to China will remain at a very high level and continue to post growth as the country continues to open up more areas to foreign investors, according to CCTV.

Global FDI flows are expected to bottom out in 2021 and recover some lost ground with an increase of 10-15 percent, and a further increase in 2022 may bring FDI back to the 2019 level, noted UNCTAD.