BEIJING, March 21 (Xinhua) -- China's automotive aftermarket was valued at more than 1 trillion yuan (about 153.61 billion U.S. dollars) in 2020, the Ministry of Commerce (MOC) said in an initial estimate. 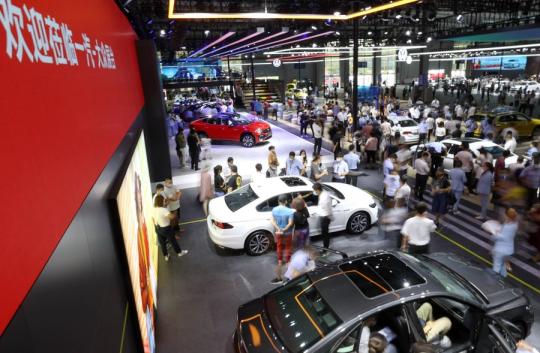 The country's auto aftermarket, which includes transactions and services following the sales of cars, registered a steady recovery last year amid the country's resilient economic performance, the MOC added.

The size of the car-refitting market reached 65.2 billion yuan in 2020, up 7.1 percent from a year ago, according to the All-China Federation of Industry and Commerce.

About 14.34 million second-hand cars were transacted in 2020, down 3.9 percent, narrowing 15.7 percentage points from the decline seen in the first half (H1) of last year, according to the China Automobile Dealers Association (CADA).

The value of those second-hand car transactions stood at 888.84 billion yuan in 2020, down 5 percent year on year, narrowing 16.7 percentage points from the decline seen in H1, the CADA added.