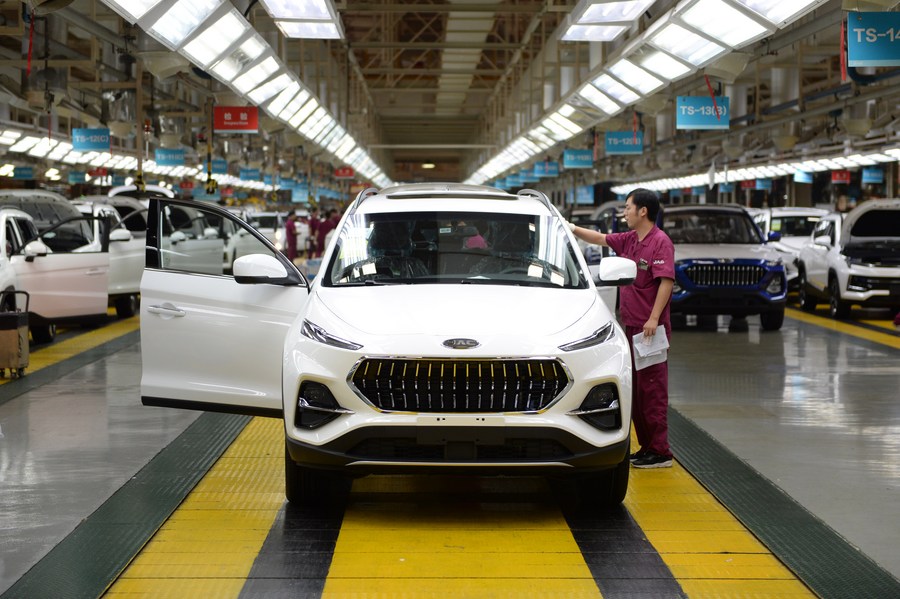 BEIJING, Nov. 21 (Xinhua) -- China's automobile imports and exports continued its growth momentum in October by gaining 48.9 percent year on year, according to data provided by the China Association of Automobile Manufacturers (CAAM).

In breakdown, auto imports climbed by 73.3 percent year on year to 8.33 billion dollars in October while exports rose by 27.5 percent to 7 billion dollars during the period.

In the first ten months of the year, auto imports and exports totaled 118.37 billion U.S. dollars, down by 8 percent year on year but narrowing from the January to September decrease, said the CAAM.

China's auto market, hit by COVID-19, began to recover in April thanks to unleashed pent-up demand and supportive policies, with sales rising by 4.4 percent year on year, which ended the contraction streak over the previous 21 months, according to CAAM.