China's automobile imports and exports continued their growth momentum in October by gaining 48.9 percent year on year, according to data provided by the China Association of Automobile Manufacturers (CAAM). 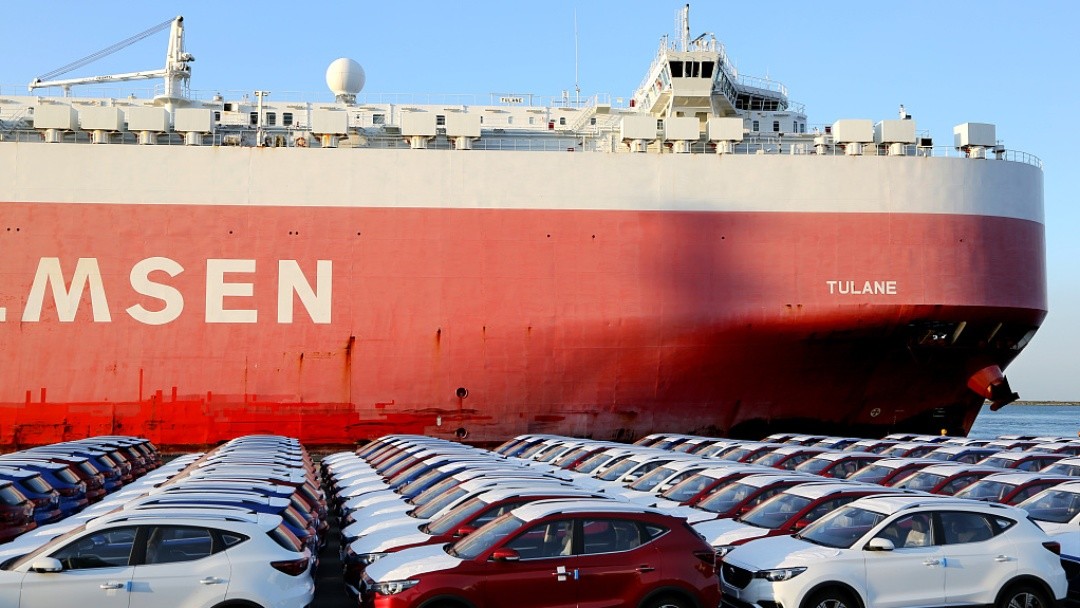 A cargo ship at the port of Lianyungang, east China's Jiangsu Province, alongside vehicles set to be exported to Belgium, September 3, 2020. (Photo: CFP)

In breakdown, auto imports climbed by 73.3 percent year on year to $8.33 billion in October while exports rose by 27.5 percent to $7 billion during the period.

In the first 10 months of the year, auto imports and exports totaled $118.37 billion, down by 8 percent year on year but narrowing from the January to September decrease, said the CAAM.

China's auto market, hit by COVID-19, began to recover in April thanks to unleashed pent-up demand and supportive policies, with sales rising by 4.4 percent year on year, which ended the contraction streak over the previous 21 months, according to the CAAM.