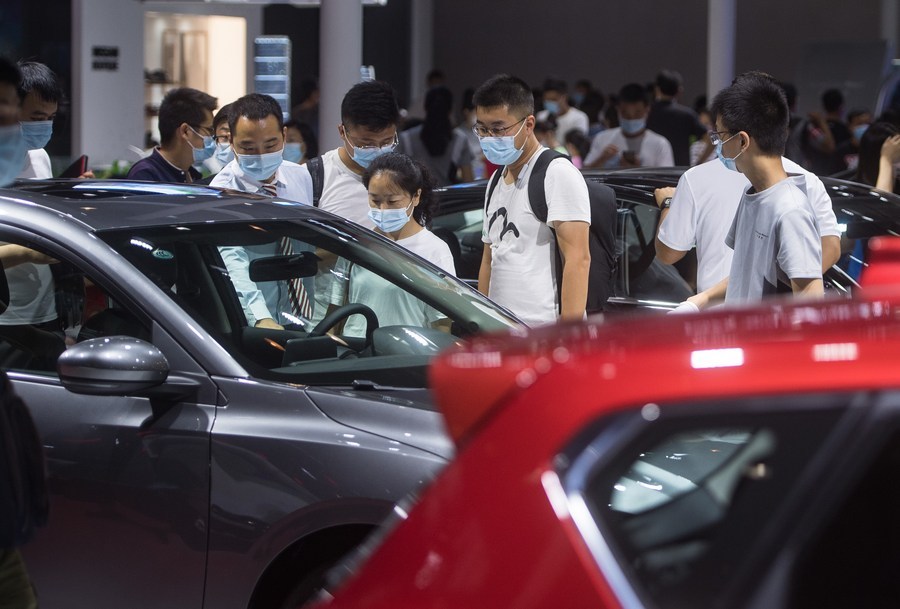 According to the China Automobile Dealers Association, China's auto sales are expected to be 1.73 million units in May, up 8.8 percent year-on-year and 5 percent on a monthly basis. However, as the COVID-19 outbreak waned in China during the same period last year, which resulted in recovery for auto retail and a larger base, the growth rate of auto sales in May is predicted to slow, the association said.

Recently, Shanghai, Henan and Hainan provinces all unveiled policies to stimulate car sales. Despite this, the off-season effect emerged in June, the newspaper said.

Overall, the operation of domestic auto market was relatively stable in May. However, it was weaker than expected, Qiu Kai, director of the industrial coordination department of the association told the newspaper. "The chip crisis also has an adverse effect on dealers' business, as longer delivery time will lead to customer loss."

The index reflects inventory pressure for automobile dealers. It typically is lower than 50 percent when the market is healthy. It is composed of inventory, market demand, dealership finances and surveys of dealers' purchases, sales and stocks.

The index registered declines on a yearly and monthly basis last month, which means automobile dealers' pressure was released to some extent. However, in May alone, domestic car sales forecasts didn't show expected growth.

This is partly because some target customers returned to their hometowns during the May Day holiday, and scattered cases of COVID-19 and busy farming seasons in some areas in China also led to inadequate market demand, said Lang Xuehong, the association's deputy secretary general.

The association said that in June dealers are also under a lot of pressure to improve their second quarter and first half year sales performance. Due to the ongoing chip crisis, the market will see a low-intensity price war, the association added.