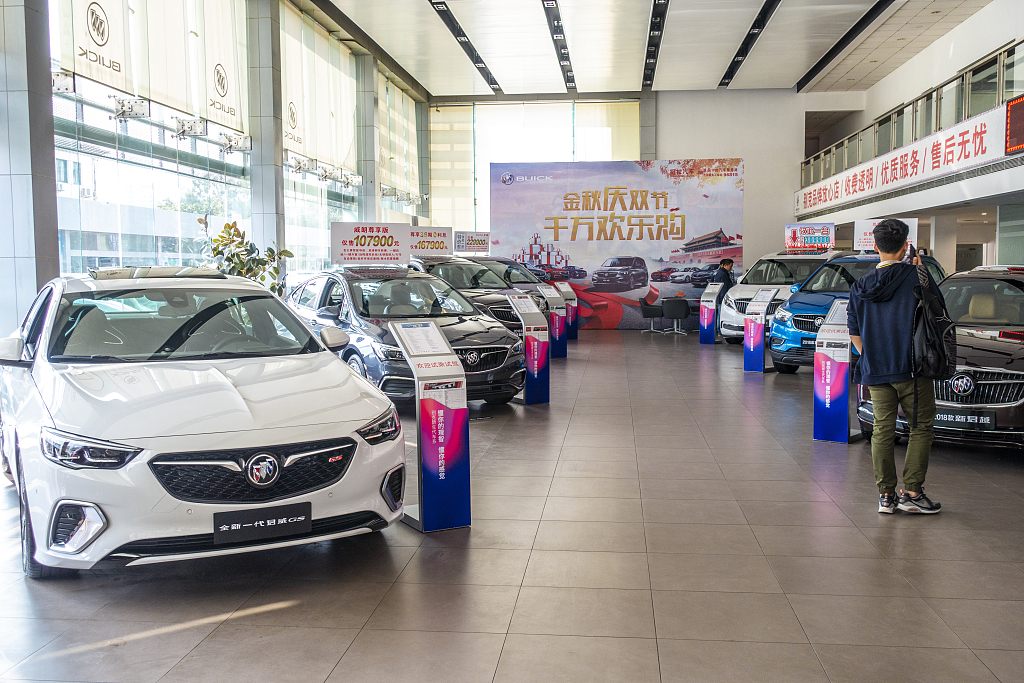 A total of 2.55 million vehicles were sold in November, down 13.9 percent year on year, according to the China Association of Automobile Manufacturers (CAAM).

Auto sales for the whole of 2018 are set to post a decrease due to factors including slower economic growth, and sales for 2019 are expected to be flat, CAAM deputy secretary general Shi Jianhua told a forum last week.

New energy vehicles (NEVs) will continue to become a driving force for China's auto market growth in 2019 and 2020, Shi noted.

NEV sales rose 37.6 percent in November from the same period last year, outperforming the overall car market, according to the CAAM.

In the Jan.-Nov. period, NEV sales jumped 68 percent year on year to 1.03 million, the data showed.

China is the world's largest auto market and also one of the fastest-growing NEV markets, thanks to the government's preferential policies to boost clean energy use to curb pollution.