BUSINESS China's auto sector to grow 10% in 2021, sales of NEVs to surpass 2 million 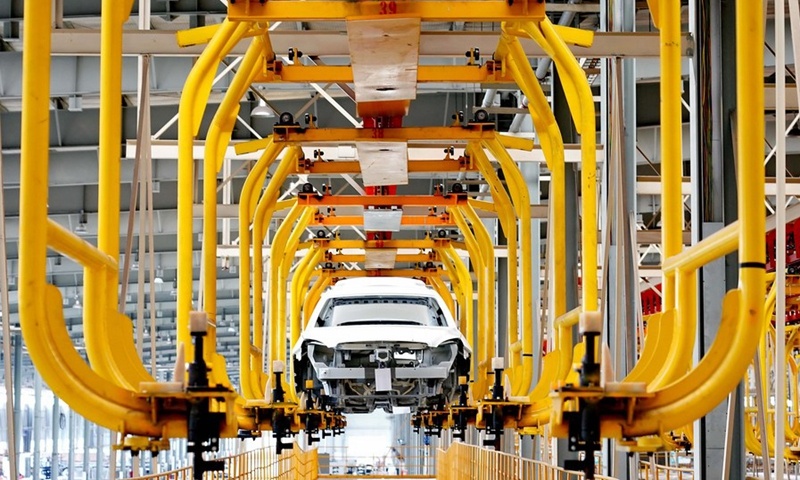 China's domestic passenger car sales growth rate is expected to reach 10 percent in 2021, with the sales of new-energy vehicles exceeding 2 million, a record high or a year-on-year increase of 46 percent, according to China Association of Automobile Manufacturers (CAAM).

The overall sales growth of the domestic auto market in 2021 has been adjusted to 6.5 percent from previously projected 4 percent, said Xu Haidong, assistant secretary of the China Association of Automobile Manufacturers at China Auto Forum held on Saturday.

Sales of passenger cars may see an estimated increase of 10 percent, while the growth rate of commercial vehicles will be adjusted from minus 10 percent to minus 8 percent, and the total number of new-energy vehicles will reach more than 2 million, a year-on-year increase of 46 percent, said Xu.

Given the current auto chip shortage that has been a global supply chain issue, Xu said that the impact caused by the chip shortage is still transitory or short-term. Its impact on restricting car sales in the first half of the year should be limited to within 10 percent, and the chip shortfall situation is expected to ease during the second half of 2021.

"There will be some relief of the tight chip supply in the third quarter, and the whole situation will be more relieved during the fourth quarter," said Xu, noting that the chip shortage will not have an excessive impact on China's annual car sales.