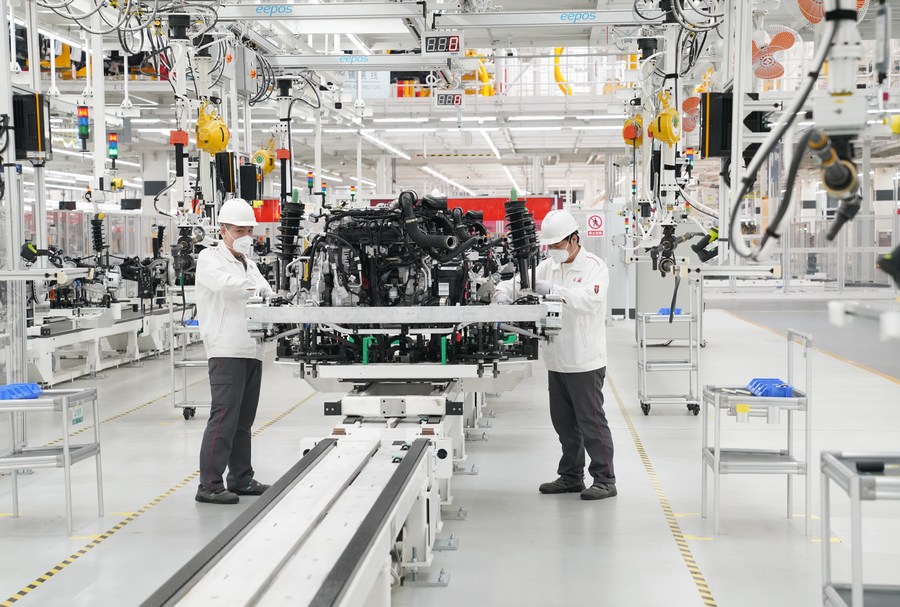 The sector raked in some 6.61 trillion yuan (about 922 billion U.S. dollars) during the January-September period, up 6.7 percent from a year ago, according to the National Bureau of Statistics.

In the first three quarters, the sector's profit shrank 1.9 percent year on year, with the decline narrowing by 5.4 percentage points over the first eight months, data showed.

In September alone, the industry saw its profit rise 47.4 percent from a year ago, supported by the recovery of supply and industrial chains and growth in new energy vehicle output, the bureau said.

China produced 19.63 million vehicles in the first nine months, up 7.4 percent year on year. A total of 19.47 million automobiles were sold in the country during the period, rising 4.4 percent over last year, according to the China Association of Automobile Manufacturers.