China's aviation industry has witnessed promising signs of recovery in this year's second quarter, as recent data shows that the industry's total loss has narrowed, compared to the previous quarter's record losses.

The industry lost 34.25 billion yuan ($4.9 billion) in the second quarter, a decrease of 3.85 billion yuan from losses in the first quarter, Jin Junhao, an official from Civil Aviation Administration of China (CAAC) said on Friday. 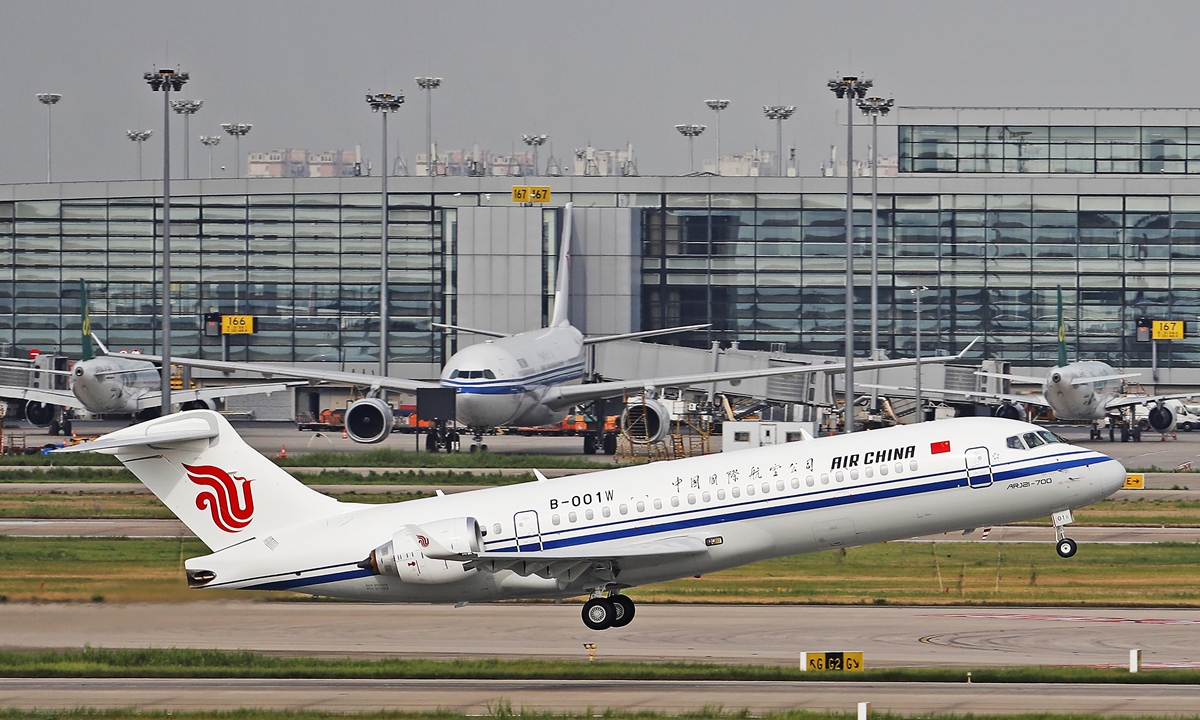 He attributed the improved numbers to the fact that the country is on its way back to work as normal, as the country's COVID-19 control and prevention measures have been making strong progress, producing market demand.

Chinese airlines saw a massive business slump in February due to the worldwide pandemic, as the industry recorded losses of 24.5 billion yuan in February, including a loss of 20.96 billion yuan for various carriers, the largest loss ever recorded.

In February, China's aviation sector traffic saw a year-on-year decrease of 73.9 percent, with a total of 2.52 billion ton-km transported, and passenger traffic stood at 8.34 million, a decrease of 84.5 percent

Before the COVID-19 pandemic, China maintained regular cargo flights; that is, 1,014 cargo flights operated per week, with 75 overseas destinations in 31 countries and regions. However, following the coronavirus outbreaks worldwide, the total number of operating flights and network coverage had been reduced significantly.

By mid-February, the weekly number of countries connected to China's cargo flights and the number of overseas destinations had dropped to 26 and 68, respectively. The number of operating cargo shifts was reduced to 788 shifts.

In June this year, it was clear that the situation in China was improving as it maintained regular cargo flights with 105 overseas destinations in 45 countries and regions.