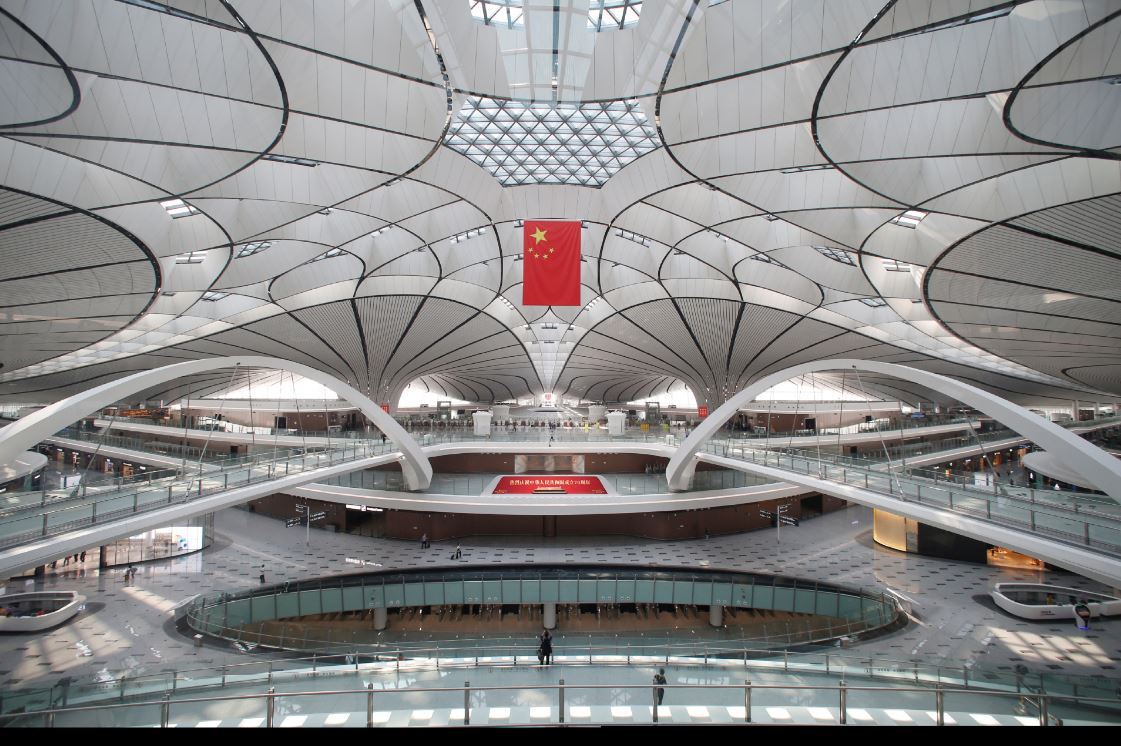 An inner view of the terminal hall of the Daxing International Airport, on the outskirts of Beijing, Sept 28, 2019. (Photo: Agencies)

China's air passenger numbers increased 6.9 percent year-on-year in 2019, up to 1.35 billion according to data released by the Civil Aviation Administration of China on March 9.

In terms of individual airports, 39 saw their yearly passenger throughput surpass 10 million, two more than 2018, and 35 were between 2 million to 10 million, six more than 2018. Airports with an annual passenger number below 2 million stood at 165, dropping by four from the previous year.

The throughput of Beijing Capital International Airport retained top position in 2019, although its passenger flow dipped by 1 percent. It still was the only airport in China that saw passenger throughput exceed 100 million.

However, as throughput of the Hangzhou International Airport broke 40 million at the end of 2019, all top 10 airports in China in terms of passenger throughput saw their yearly passenger numbers go beyond the 40 million mark.