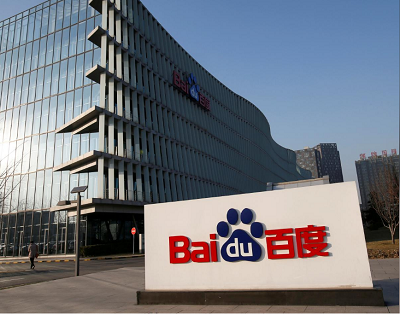 The firm, which has had to bounce back from a bruising medical advertising scandal in 2016, said it was now taking extra measures to clean up content on its platforms.

The search firm’s news feed received an unexpected bump in the first quarter due to a crackdown by Chinese internet regulators on low-brow content, which saw several competing apps targeted during a key client-acquisition period.

Jinri Toutiao, one of China’s most popular news feed apps and a key Baidu rival, is among the apps to have been punished by censors this year. The news feed platform was temporarily removed from local app stores earlier this month.

“This is a one-off, but the timing is quite interesting. Baidu in its marketing can now assure clients that at least on the feed side it has safer content,” said Pacific Epoch analyst Raymond Feng, adding it made the firm “a more reliable choice”.

Analysts said the early year bump boded well for the rest of 2018, as advertisers tended to sign year-long contracts.

The helping hand from censors is in stark contrast to Baidu’s woes two years ago, when regulators cracked down on its advertising practices, gutting its marketing client base and bringing its revenue growth to a grinding halt.

The company has since sold or withdrawn from a number of businesses to focus on autonomous driving, AI and its news feed product, regaining momentum and investor confidence.

Baidu’s total revenue rose about 24 percent to 20.91 billion yuan in the three months to March 31, its slowest rate in three quarters despite topping analyst estimates.

The positive results also reflect lower-than-expected research and development expenses, which have sky-rocketed since Baidu’s pivot to AI due to steep costs hiring top talent.

Baidu’s net income was also boosted by a new accounting standard that requires companies to report the value of their investments in private companies.