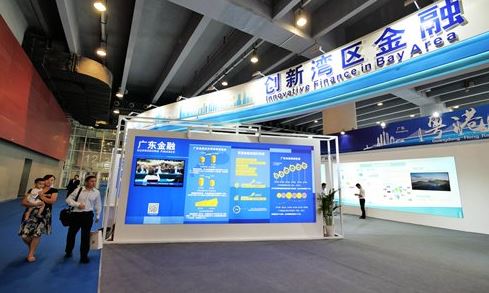 Authorities in South China's Guangdong Province released two documents on Friday listing specific measures for the development of the Guangdong-Hong Kong-Macao Greater Bay Area, which shows that integration of the region will be further enhanced and pragmatic work has started.The move, which will also further implement a Greater Bay Area development plan the State Council unveiled in February, has been hailed by industry representatives from the Hong Kong Special Administrative Region (HKSAR) who believe the efforts would spur growth in Hong Kong and promote the region's coordinated development.Documents released on Friday show that the region is expected to be turned into a world-class bay area suitable for living and doing business by 2035. The documents also assigned 100 specific tasks to various departments in Guangdong, to lay a solid foundation for the area's development.Tasks including the development of the region into an international technology center, construction of a modern infrastructure system, and building an internationally competitive industry system in the region have also been highlighted in the documents.Liang Haiming, dean of the Belt and Road Institute at Hainan University, told the Global Times on Friday that the new plans unveiled by Guangdong will substantially boost the development of the Greater Bay Area and further promote a smoother information and resource exchange channel set to benefit the growth of the three sides.Industries in Hong Kong, Macao and nine Guangdong cities are highly complementary, and further integration will boost the overall development of the region, Billy Wong, deputy director of the research department at the Hong Kong Trade Development Council (HKTDC), told the Global Times on Friday. "As an international trading hub, Hong Kong has also been looking into how it could coordinate with cities in the mainland. As the bay area aims to become more international, Hong Kong has the experience in services and finance, which could help mainland companies go global," he said. Meanwhile, mainland cities like Shenzhen have become a major incubator of innovative tech start-ups, and Hong Kong companies are also eager to benefit from the mainland's high-tech rise.Home to 71.16 million people, the Greater Bay Area had a total GDP of $1.6 trillion in 2018, which was the third highest after the Tokyo bay area and New York metropolitan area, according to data published by HKTDC."The development plan also gives young people from Hong Kong and Macao more opportunities to find jobs, as well as to serve and devote themselves to the construction of their country," Liang told the Global Times.More and more young people are now starting their own business in the bay area, and some of them do not want to miss the opportunity of catching up with the growing power of China's technology. Ng Hok Ming, executive chairman of the Bay Area Youth Association, told the Global Times that businesses should learn from innovative tech giants like DJI, Tencent and Huawei, and the growing integration will also provide more opportunities for young people in Hong Kong.