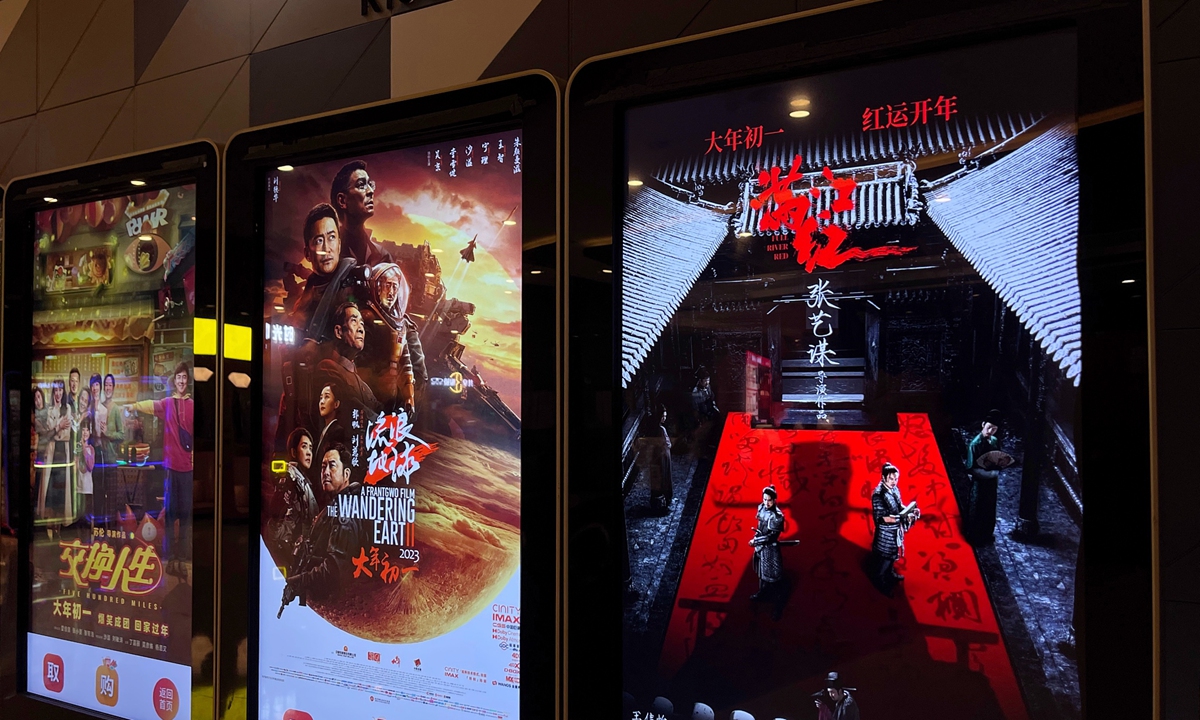 The box office during the 7-day Chinese Spring Festival holidays has hit 2.1 billion yuan ($295 million) as of around 12 am on Monday morning, the third day of the holidays, after adding 1.8 billion yuan on Sunday, a vivid display of the fast recovery of the movie sector that is set to shrug off the pandemic-induced ebb.

Across China, movie theaters are thronging with audiences during the festive holidays, with some of them having watched two or three movies so far "to release moviegoers' pent-up desire for high-quality films," the Global Times was told.

"We're very thrilled to see the returning of hustle and bustle, even in the midnight. There's no doubt that the box office during the holidays will surpass last year's level," a manager of a movie theater in Ningde, East China's Fujian Province, told the Global Times.

He voiced confidence that the revenue will be at its highest level since 2020, the first year of the pandemic, or at least return to 80 percent of the 2021 level soon.

There are seven films hitting the market during the Spring Festival, across diversified genres, showing the creativity and high-quality development of China's filmmaking industry. In addition to the aforementioned, other movies include espionage suspense movie Hidden Blade, and "Ping Pong: The Triumph", which tells the story of underdog victory of China's national table tennis team in 1995. The latter will be released on Tuesday.

It is expected that the overall box office during the Spring Festival will likey top 8 billion yuan, seen as the key to the long-term revival of China's film industry, according to a research note issued by Guotai Junan Securities.

Another report issued by Wanlian Securities predicted the revenues may hit 9 billion yuan, fueled by the three-fold effect of COVID response optimization, a slight drop in ticket price, and popular films drawing moviegoers back to theaters.