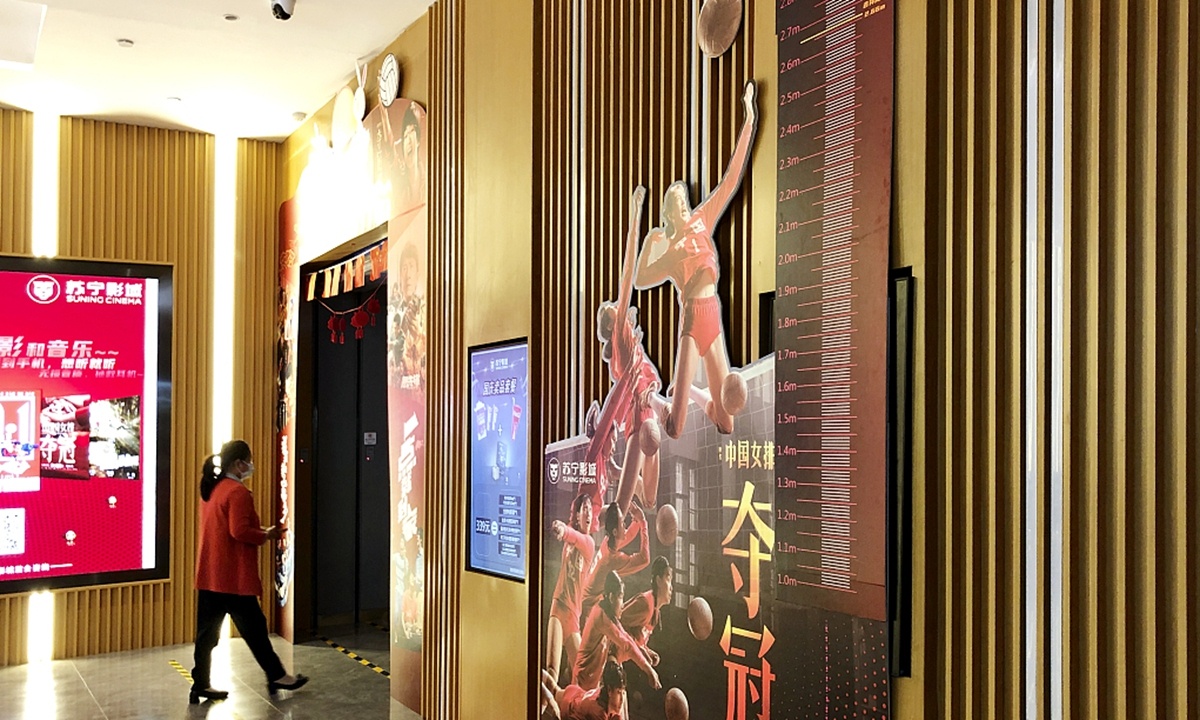 The total box office in China — including pre-sales — exceeded 1 billion yuan ($147.3 million) as of 10:30 am on Friday, the second day of the eight-day National Day holidays, data showed, as analysts said the result so far is better than expected, showing a strong revival of the film industry and general consumption.

Legend of Deification topped the National Day box office with 490 million yuan, while My People My Homeland grossed 360 million yuan by Friday, according to data from Dengta, a major Chinese online ticketing platform owned by Alibaba.

The animated film Legend of Deification — which won the box office on the first day of the National Day holiday period with more than 360 million yuan — also broke the previous first-day box office record in China, 144 million yuan, held by animated works Nezha, which was produced by the same company.

"Audiences now don't have to sit apart from each other to watch movies, but there is still a 75 percent limit on audience members for each session. Movie goers can now eat and drink in the cinema too," a staff member at Zhongdu Cinema in Beijing told the Global Times on Friday.

The Grand Parade, a documentary depicting the military parade in 2019, the 70th anniversary of the People's Republic of China, was scheduled to be released on Monday in the cinema. It had been released online on August 1 free to watch.

The National Day holidays period — or "Golden week" of consumption — is a major period of box-office revenue in China. The recovery shows the revival of the film industry from the recent epidemic, as China has contained the coronavirus, proving that audience members feel comfortable watching movies at cinemas instead of online, an executive of a film-making company told Global Times on Friday, on the condition of anonymity.

China allowed cinemas in low-risk regions to reopen from July 20, after being closed for about 160 days, as the country has contained the spread of COVID-19, according to China Film Administration.

According to the latest regulations released on September 18, the number of spectators at performances in places such as theaters and cinemas should not exceed 75 percent of their total seating capacity.

China's film market has recovered its momentum with a total of 150 million viewers contributing more than 5.4 billion yuan to the countrys box office since the reopening of cinemas two months ago, according to industry reports released on September 22.