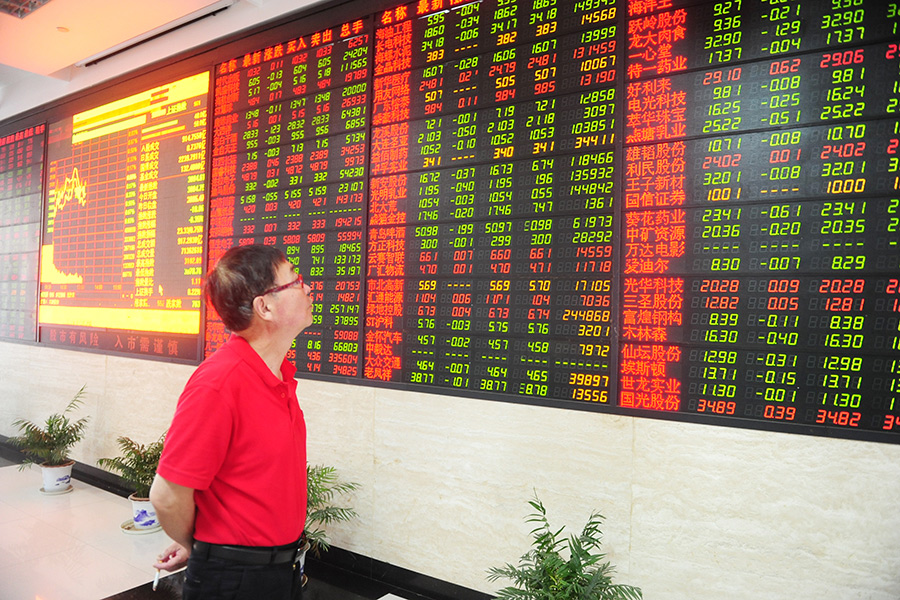 An investor looks at share prices at a brokerage in Fuyang, Anhui province. (Photo: China Daily)

Among the 30 listed brokerages that released October earnings reports as of Wednesday night, 27 saw year-on-year net profit growth in the January-October period, according to financial information provider Wind Info.

Industry-leading CITIC Securities topped the list with a net profit of 9.83 billion yuan ($1.4 billion) in the 10-month period, up 67 percent year-on-year.

Almost all of the 30 brokerages logged business revenue growth in the first 10 months, with the exception of one firm that was listed in July.

Potential foreign capital inflow in the following months and the development of the science and technology innovation board, or the STAR market, are expected to generate more revenue for China's brokerages, said Zhao Xianghuai, an analyst at Everbright Securities.