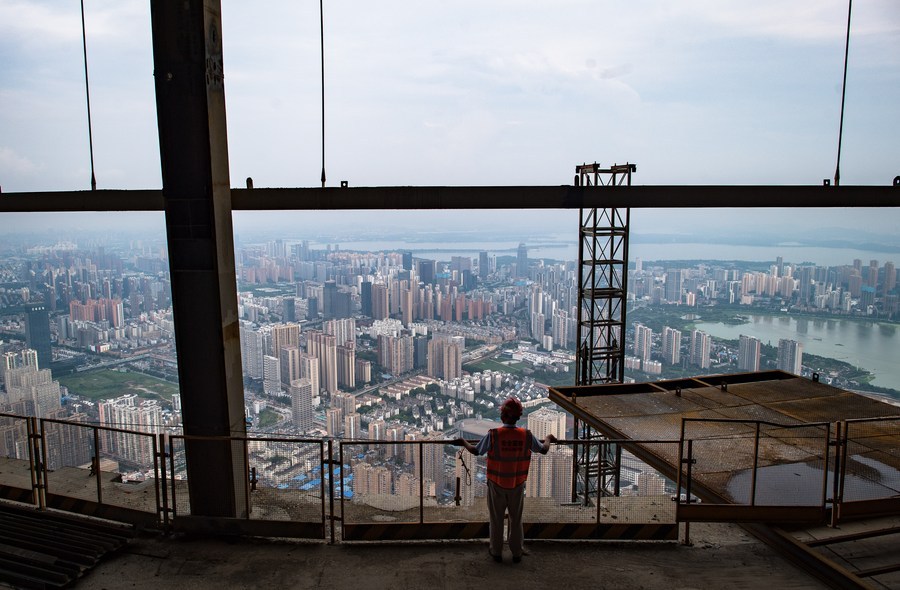 A constructor gazes afar at a height of about 500 meters at the construction site of a high rise building in Wuhan, Hubei province, on Aug 11, 2020. (Photo: Xinhua)

Enterprises with annual revenues of more than 20 million yuan (about $3.05 million) are expected to rake in about 340 billion yuan profits in the January-October period, up 1.3 percent year-on-year, according to the National Development and Reform Commission.

Operating revenues of the firms are expected to reach 4 trillion yuan, down 0.5 percent year-on-year, narrowing the decline by 0.6 percentage points from the first three quarters.

The output of major cement firms rose 0.4 percent from the same period last year to 1.92 billion tonnes, registering year-on-year growth for the first time this year, according to the National Bureau of Statistics (NBS).