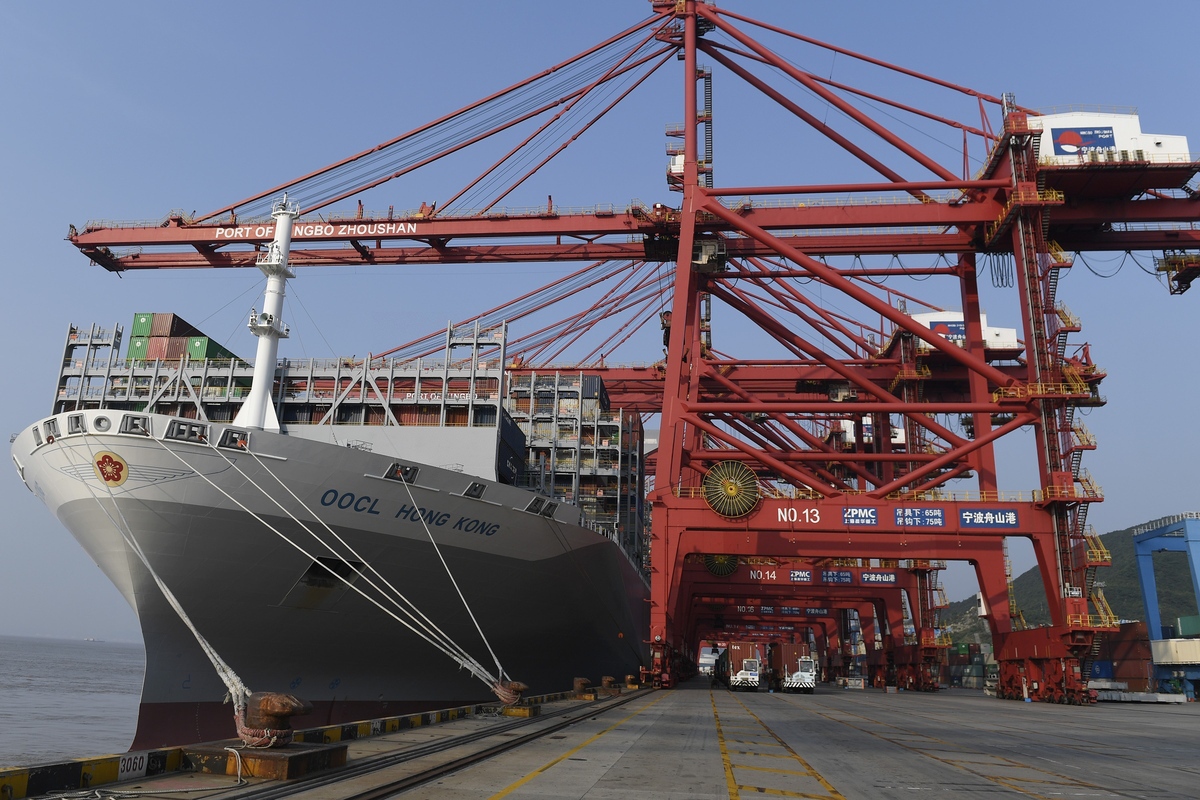 Meanwhile, the container throughput at the port in eastern China's Zhejiang province reached 13.91 million standard containers in the January-June period, up 4.7 percent year-on-year, according to statistics from the Ministry of Transport. The container throughput ranked second in the country only after the Shanghai port.

The Ningbo Zhoushan Port Group, the operator of the port, said the port has been accelerating smart port construction to improve efficiency and tapping the inland market to boost business this year when facing unstable economic and trade conditions.

In 2018, the port reported an annual cargo throughput of over 1 billion tonnes for a second straight year, being the only one in the world to exceed the 1-billion-tonne level. Its annual container throughput exceeded 26 million standard containers, ranking among the top three ports in the world.