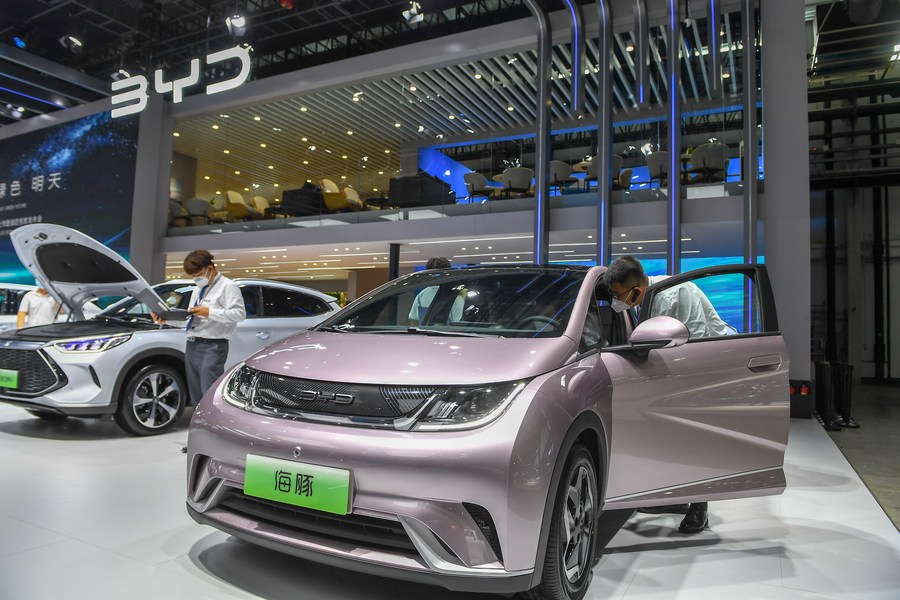 With its first batch of electric taxis launched in Thailand in 2018, BYD's business scope in the country now covers multiple sectors including electric forklifts, electric buses, and so on, said Ke Yubin, general manager of BYD Thailand.

Report shows that 4,026 BYD new energy passenger vehicles were sold overseas in July. According to earlier remarks by BYD chairman Wang Chuanfu, the company is expected to increase its effort in expanding overseas markets.

In 2021, BYD delivered 1,000 new energy passenger vehicles to the Norwegian market, marking an important step in the company's exploration of overseas market.

In July 2022, BYD announced its entry into the passenger vehicle market in Japan, debuting three models that are scheduled to be released next year.

Earlier this month, BYD announced its partnership with European dealer Hedin Mobility Group to distribute its NEVs in Sweden and Germany.

BYD's accelerated moves of going abroad is a reflection the overall trend of Chinese auto industry, as data from the China Association of Automobile Manufacturers shows that China exported 202,000 NEVs in the first six months of this year, surging 130 percent year on year.