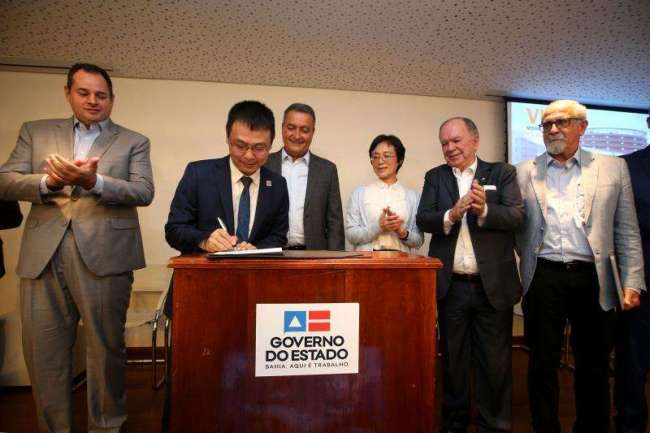 Li Tie, the general manager of BYD Brazil, signs a contract with Rui Costa, the state governor of Estado De Bahia, for the construction of the world's first cross-sea sky rail in Salvador, Brazil on February 13, 2019. (Photo: China Plus)

Chinese auto manufacturer BYD is set to build the world's first cross-sea sky rail in the city of Salvador in Brazil. The 20-kilometer-long sky rail will replace a local railway that has been in use for over 100 years.

Li Tie, the general manager of BYD Brazil, signed a contract for 689 million US dollar project with Rui Costa, the governor for Estado De Bahia state where the city is located.

Although the government was originally looking to install a light rail line, the governor said they were drawn to the state-of-the-art sky rail plan proposed by BYD. In addition, Li Tie said that the sky rail will provide environmental-friendly transportation for the city's 3.8 million residents.

The project is due to be completed by the end of 2020.