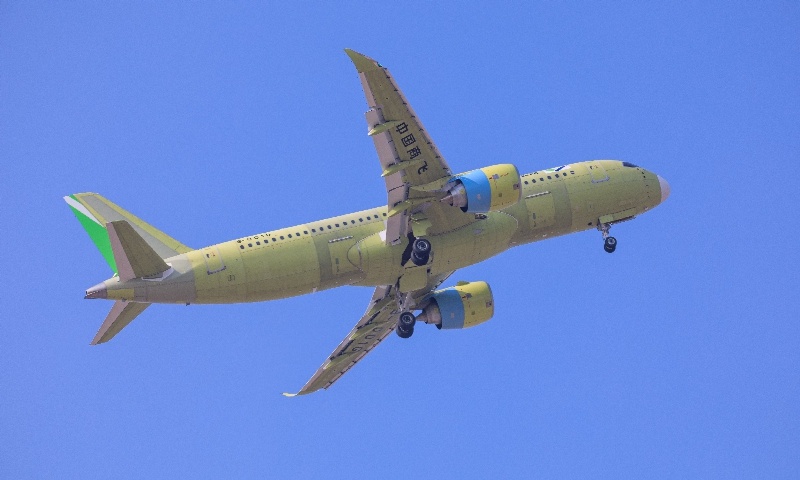 The plane arrived at the Hulunbuir Dongshan international airport Friday for the test which is expected to verify the performance of the aircraft's systems and equipment in extremely cold weather.

The test flight team from the Commercial Aircraft Corporation of China, the manufacturer, said the aircraft is conducting coordinated test flights at multiple airports in multiple regions.

Hulunbuir was chosen for the test flights as the city is known for its cold weather, with an average temperature of minus 25 degrees Celsius during winter. The city has also attracted many other equipment makers to conduct cold-weather tests.