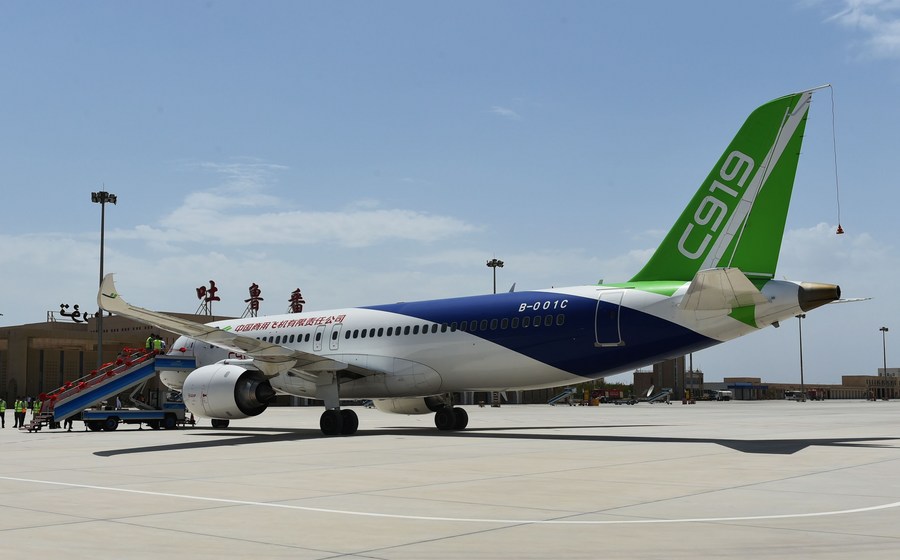 China's domestically developed single-aisle C919 passenger jet has undergone all the test flights for obtaining an airworthiness certificate in the country, its manufacturer Commercial Aircraft Corp of China said on Monday.

The first C919 narrow-body passenger jet is expected to be delivered to China Eastern Airlines, its debut customer, before the end of this year. COMAC started manufacturing the aircraft in late 2019 and the work has already achieved progress.

Six C919 prototypes underwent a series of rigorous tests. In late July, COMAC held a meeting in Yanliang, Shaanxi province, one of the bases for conducting test flights. The manufacturer said the completion of all the tasks of test flights indicates that the preparation work before getting the certificate has officially entered the final stage.

So far, 815 intended and confirmed orders have been placed for the C919 from home and abroad. The aircraft model's competitors include single-aisle B737 of Boeing and A320 of Airbus.