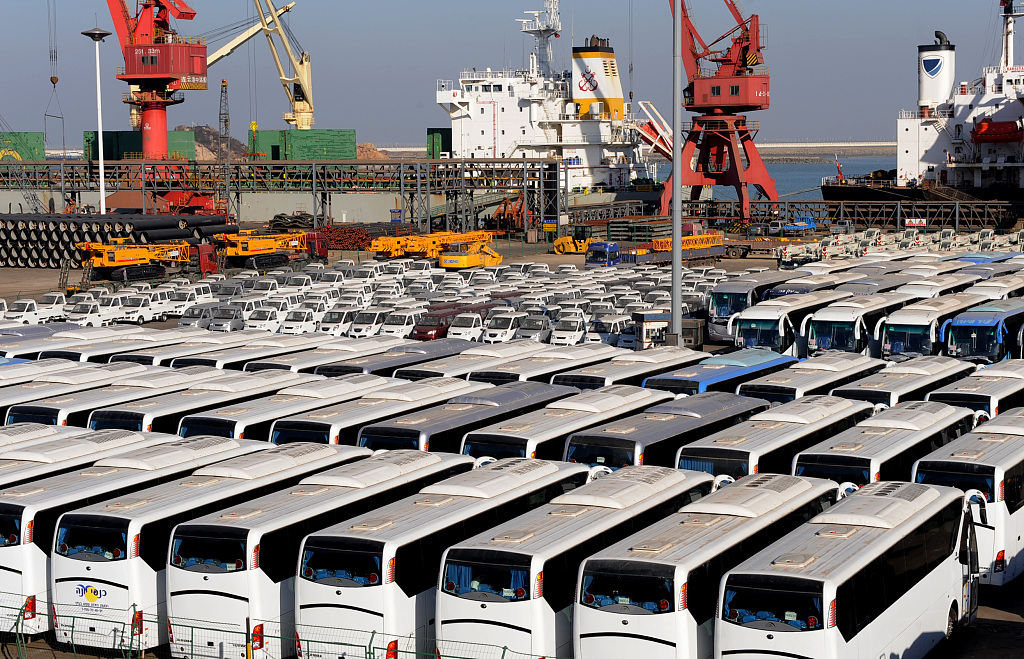 About 488,000 cars were exported in the first six months of this year, down 4.7 percent year on year.