China's national carbon market, the largest emissions trading system in the world, made its debut on Friday with a turnover of 210 million yuan for carbon dioxide emissions on the first day. 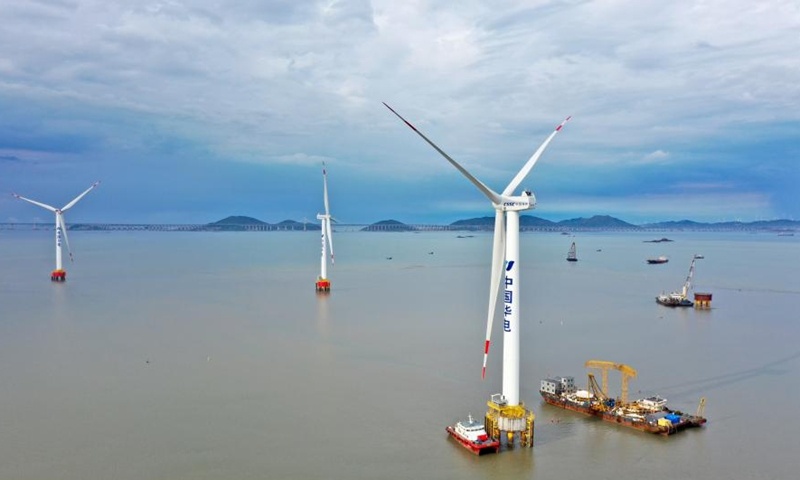 More than 4.1 million tons of carbon dioxide emissions quotas changed hands on Friday, at an average price of 51.23 yuan per ton, which was also the closing price of the day, up 6.73 percent from the opening price of 48 yuan.

The first-day price was slightly above market expectation. Industry experts believe this may signal a strong upward momentum in the national carbon market.

In the past, carbon emissions quotas were traded at prices sometimes as low as 20 yuan per ton and sometimes as high as 100 yuan in some regions' pilot trading system. But the overall average price is around 40 yuan per ton, Lin Boqiang, dean of the China Institute for Studies in Energy Policy at Xiamen University, told the Global Times on Saturday.

"So the first-day close may look a little bit expensive for some," Lin said. "Given China's targets of peak carbon emissions and carbon neutrality, the carbon market is set to rise considerably over the next few years so as to offer enough incentives to companies to cut their carbon dioxide emissions."

A group of Chinese power and energy giants including CNPC, Sinopec, Huaneng Group and Datang Group participated in the first-day trading of the national carbon market, according to the Securities Times.

According to Lin, there are two main reasons why the power generation became the first industry included in the national scheme. First, the electricity industry has a huge amount of carbon emissions.

Second, as long as the electricity price remains stable, the move won't have too much impact on the downstream industries, so the overall impact on the real economy will be manageable, Lin noted.

In the meantime, other industries with massive carbon emissions can also have more time to get prepared to shift toward low-carbon development, Lin added.

Take the steel industry as an example. In 2020, the total revenue of member enterprises of the China Iron and Steel Association (CISA) reached 5.16 trillion yuan, with research and development accounting for 2.17 percent of the total, a senior CISA official said on Saturday at an industry forum. Much of the R&D by steel mills is about energy saving and emissions reduction.

China aims to have CO2 emissions peak before 2030 and achieve carbon neutrality by 2060, Chinese President Xi Jinping announced in September 2020 at the general debate of the 75th session of the United Nations General Assembly via video.