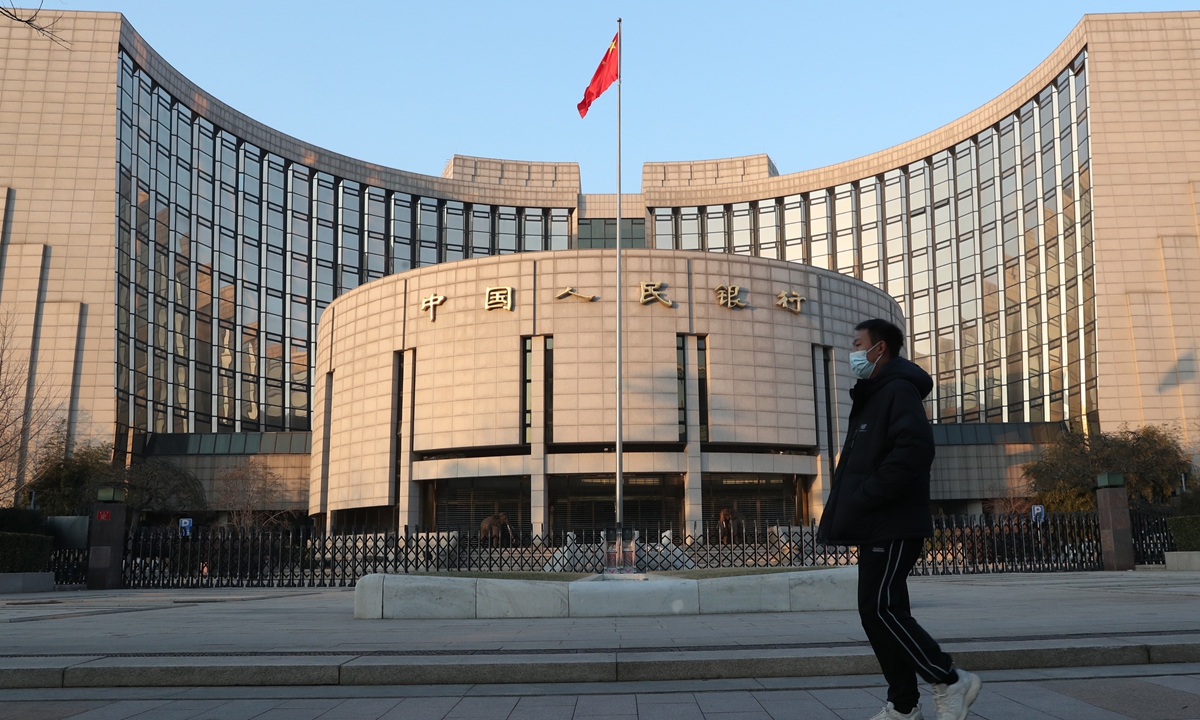 China's central bank on Monday lowered its one-year policy loan rate as well as the seven-day reverse repo rate both by 10 basis points (bps), a move that reflected the country's continued policy of supporting the real economy amid downward pressure.

Analysts predicted that these moves would further guide this month's benchmark lending rate - the loan prime rate (LPR) - down by the same range.

On Monday, the People's Bank of China (PBC) lowered the one-year medium-term lending facility (MLF) rate, through which it provides one-year loans to the banking system, by 10 bps to 2.75 percent from last month's level.

The PBC also cut the seven-day reserve repo rate from 2.1 percent to 2 percent, a way of injecting cash into the banking system.

The PBC's moves come as the world's second-largest economy is facing dual pressure from relatively weak financing demand from the real economy, as well as a new wave of COVID-19 outbreaks in several regions, including South China's Hainan.

Recent economic data showed that China's money supply is at an adequate level, but financing demand is still weak amid COVID-19-triggered economic pressure.

China's total social financing was 756.1 billion yuan ($111 billion) for July, a decline of 319.1 billion yuan compared with the same month of 2021, official data showed. In comparison, the country's M2 broad money supply balance stood at 257.81 trillion yuan as of the end of July, seeing a rise of 12 percent year-on-year.

Zhou Maohua, a macroeconomic analyst at Everbright Bank, told the Global Times on Monday that the PBC is lowering the MLF policy rate with the aim of further decreasing the real economy's financing costs, stimulating economic vitality, and pushing the consumption and investment sectors to recover gradually.

"As China rolls out policies to help the real economy speed up its recovery, it also boosts market confidence and anticipation for better economic prospects," Zhou told the Global Times, adding that it also shows China's policy independence, as it is in a different economic cycle from the US, which has raised interest rates several this year.

Domestic stock markets showed a mixed performance on Monday, with the Shanghai market down 0.02 percent but the tech-heavy ChiNext board rising by 1.03 percent.

Zhou also predicted that the PBC is likely to lower the LPR by 10 bps this month. The one-year LPR stood at 3.7 percent on July 20, official data showed.