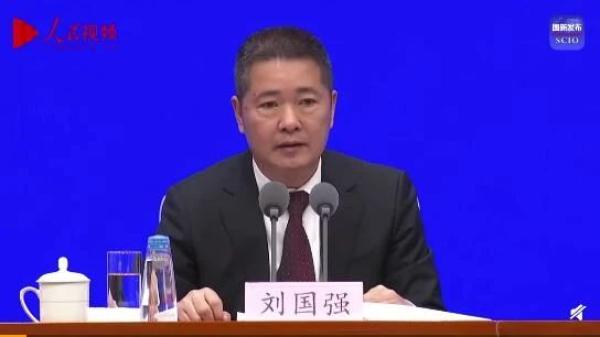 "The shock to the global economy brought by the outbreak will be severe," said Liu Guoqiang, vice governor of the People's Bank of China (PBOC), at a press conference, adding that the outbreak has already posed pressures on industrial chains, trade and market expectation.

However, so far, the shock of the epidemic seems to be milder than that of the global financial crisis in 2008, Liu noted, citing that global stock markets dropped by roughly 25 percent since Feb. 24, still well below the 50-percent decline in 2008.

Noting positive signs in March, Liu said the impact on the Chinese economy would be short-lived.

For the next step, the PBOC would keep market liquidity reasonably sufficient to meet practical demand and avoid either a cash shortage or soaring inflation, and the increase in M2 money supply and aggregate financing should match or be slightly higher than the nominal GDP growth, he said.

It would require careful consideration to decide on adjusting the deposit interest rates, as a stabilizer in the rate system, he noted.

Regarding the previously announced new re-lending and re-discount quota of one trillion yuan for small and medium-sized banks, Liu said, the fund will be implemented without required rates considering the process of recuperation.

He said the PBOC would continue to keep liquidity at a reasonable and ample level, push for the reform of loan prime rate, China's new market-oriented benchmark lending rate, and navigate banks to surrender part of their profits to real economy and lower borrowing costs to ease the financing strain for smaller businesses.