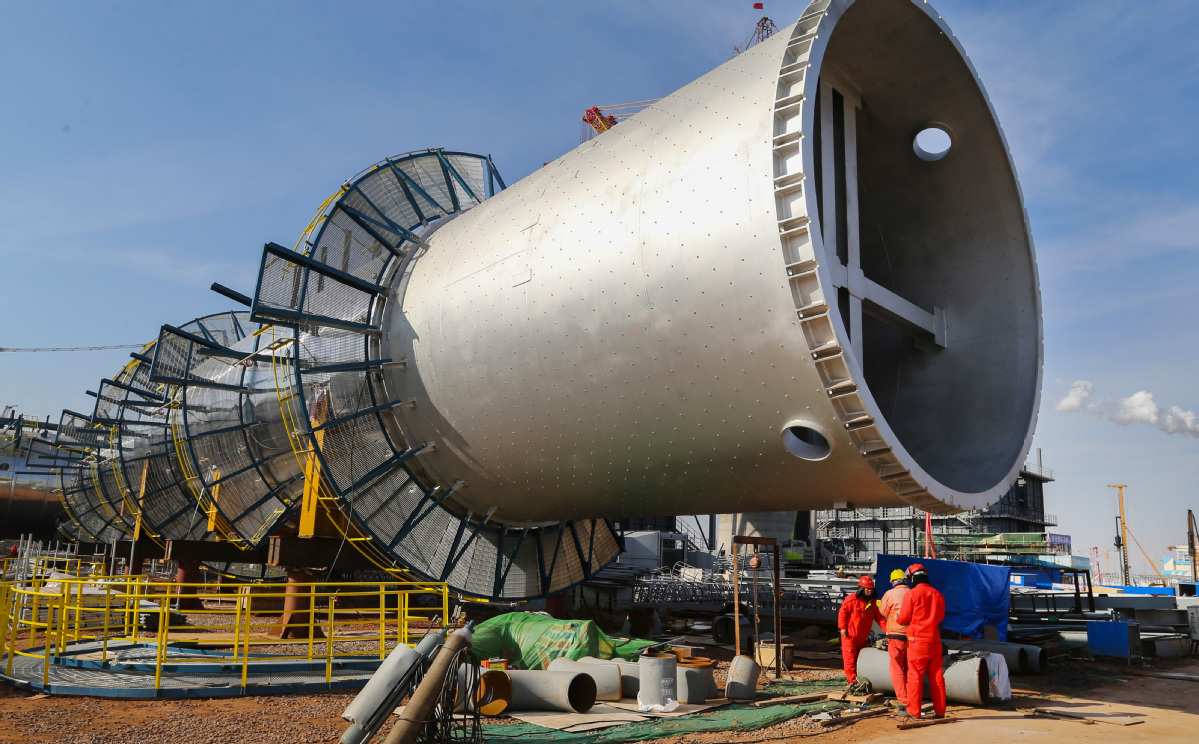 Workers carry out tasks relating to construction of a refinery project at a petrochemical industry base in Lianyungang, Jiangsu province. (Photo: China Daily)

The data put average year-on-year investment growth for the same period of 2021 and 2020 at 8.7 percent from the 2019 level, according to the State-owned Assets Supervision and Administration Commission (SASAC) of the State Council.

In June alone, central SOEs invested 291.27 billion yuan, an increase of 49.6 percent from the previous month.

During the January-June period, the country's central SOEs spent more on research and development (R&D) amid efforts to boost innovation-driven development, according to the SASAC.

Their R&D input stood at 321.04 billion yuan, up 37.4 percent year on year, while R&D intensity, the percentage of revenue that is reinvested in R&D, went up by 0.12 percentage points from a year earlier.

By the end of June, the average debt-to-asset ratio of China's central SOEs came in at 64.9 percent, down 1 percentage point from the same period last year, the data showed.