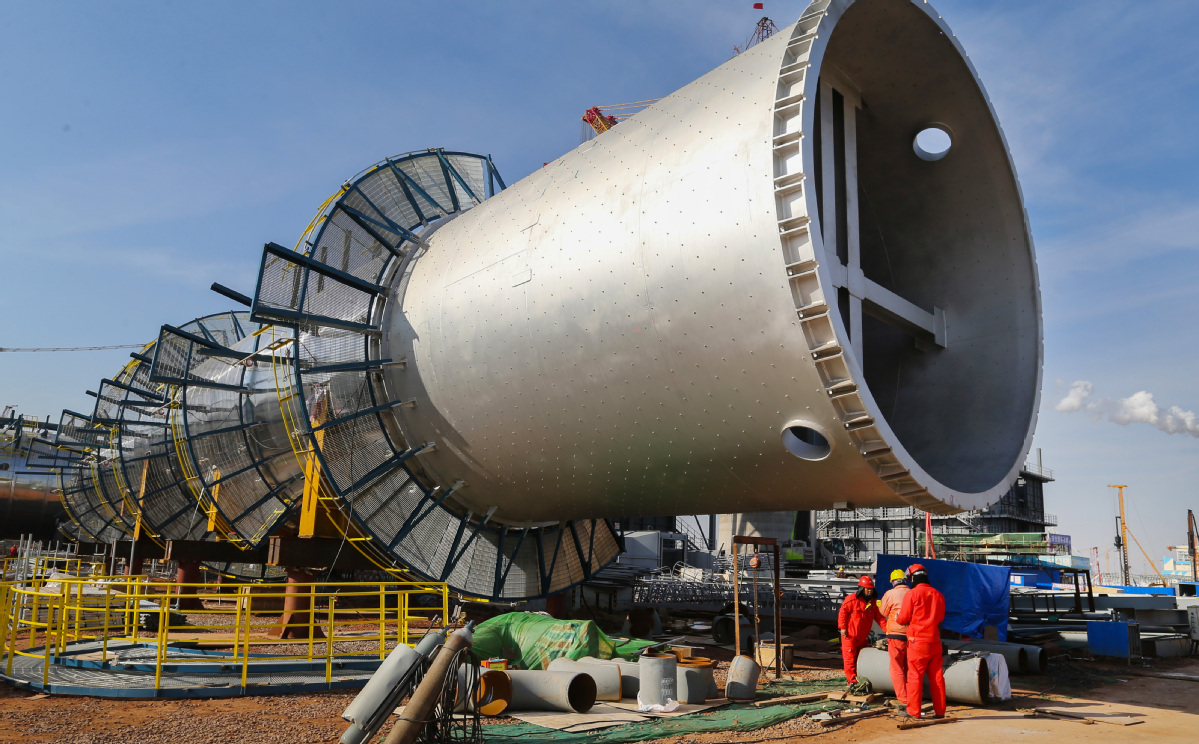 Workers carry out tasks relating to construction of a refinery project at a petrochemical industry base in Lianyungang, Jiangsu province. [Photo by Wang Jianmin/For China Daily]

The combined net profits of central SOEs amounted to 1.02 trillion yuan ($157.5 billion) in the first six months, according to the State-owned Assets Supervision and Administration Commission of the State Council.

During the January-June period, central SOEs raked in 17.1 trillion yuan in combined revenues.