BEIJING -- China's civil aviation industry had recorded a total of 108,955 flight attendants by the end of 2019, 5,257 more than the figure in 2018, said a report released by the country's civil aviation authorities. 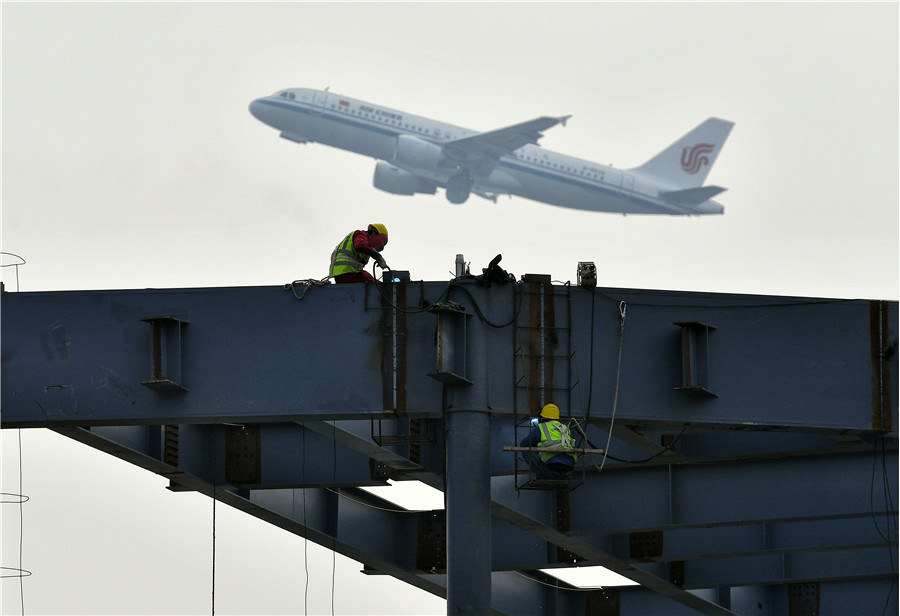 Workers at a construction site in the airport area of Chengdu, capital of Sichuan province. (Photo: China Daily)

Among the total, 108,683 were serving for Chinese airlines and the other 272 were mostly working for general aviation companies, said the 2019 statistics report on flight attendant development in the Chinese civil aviation industry released by the Civil Aviation Administration of China (CAAC).

The country's three major airlines, China Southern Airlines, China Eastern Airlines and Air China, each had more than 15,000 flight attendants, accounting for around 46.9 percent of the total by the end of 2019.

China Southern Airlines, the country's largest air carrier, topped the three airlines with the largest flight attendant crew of 19,463 by the end of last year.

Around 99.1 percent of flight attendants serving with Chinese airlines were Chinese citizens, said the report.

China remained the world's second-largest civil aviation market in 2019. In 2019, the industry handled 660 million passenger trips, a year-on-year increase of 7.9 percent, said data from the CAAC.