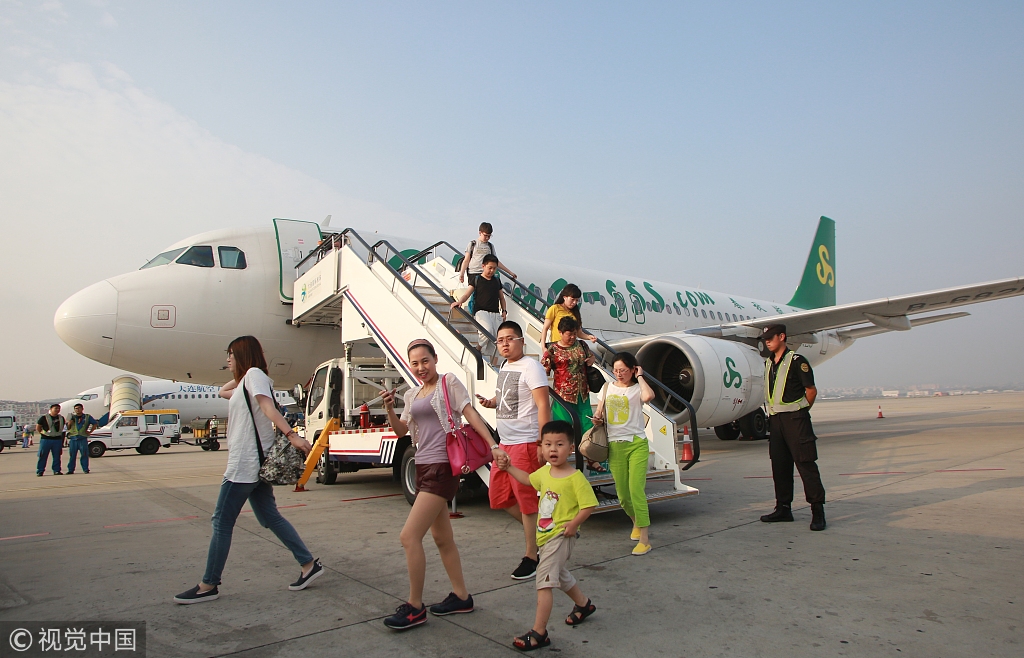 Passengers alight a plane of Spring Airlines after it lands in Dalian, Liaoning province, in 2016. (Photo: VCG)

By the end of last year, there were 58 airlines in China, which offered services on 4,418 air routes. The country's civil aviation fleet reached 3,296 aircraft.

In the airport business sector, China's 229 certified airports handled passenger throughput of more than 1.15 billion, and cargo of 16.18 million tonnes, up 12.9 and 7.1 percent year on year, respectively.

China's civil aviation industry made operating revenues of 746 billion yuan (about $117 billion) in 2017.

The country is forecast to surpass the US to become the world's largest civil aviation market by 2022, according to a report by the International Air Transport Association.