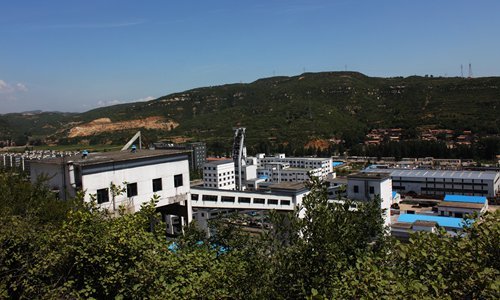 China imported 13.73 million tons of coal in October, down 46.56 percent from a year ago and down 26.5 percent month-on-month, hitting the lowest level this year.

The drop in coal imports was related to environmental restrictions, using-up of import quotas and weak energy demand, which also pushed global coal producers including Australia to seek new buyers, a coal industry analyst said at the China Energy Week 2020, a conference held by the Oil Observer and Shanghai Petroleum and Natural Gas Exchange.

Lun noted many Chinese companies used up their import quotas due to increased coal imports in the first half of the year (174 million tons, up 12.7 percent year-on-year) and the global energy demand has weakened amid the COVID-19 pandemic.

In October coal imports from Australia plunged. China imported 2.25 million tons of coal from Australia, down 62 percent month-on-month, according to a report by Reuters.

At the beginning of October (China's National Day holiday), almost all power plants along the coast stopped buying Australian coal, said Lun, adding that the price per ton of Australian 5500kcal/kg coal is 270 yuan ($40.88) lower than China-produced similar coal in September.

"For example, Australian mining giant BHP had planned to produce 15 million to 17 million tons of coal (averaged 1.33 million tons per month) in New South Wales from 2020 to 2021, but the company produced just 3.62 million tons from July to September, " Lun said.

Although China's northeast region has seen an increasing coal demand with the start of the winter heating season, demand for Australian coal remains soft in the Chinese market, pushing Australian coal producers to search for new markets, said Lun.