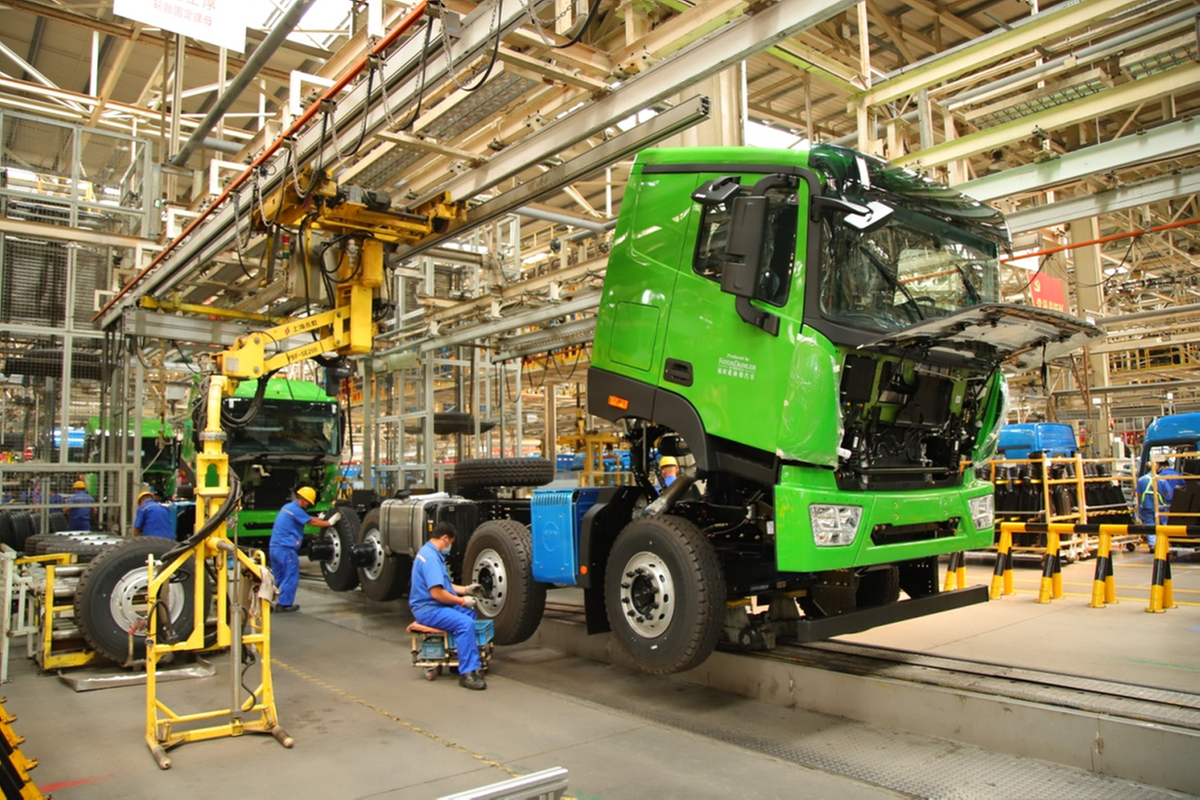 Foton employees work at its plant in Beijing on Aug 23, 2022. [Photo provided to chinadaily.com.cn]

The country's commercial vehicle output was 238,000 units last month, up 3.1 percent year on year, according to the China Association of Automobile Manufacturers.

The progress of some infrastructure construction projects ramped up the recovery of the sector, the association said.

Last month, the production and sales of minivans grew rapidly on a yearly basis, while the sales of heavy and medium-duty trucks logged significant month-on-month expansion.