China's construction machinery manufacturers have been extremely busy starting this year, with these companies frequently facing a full workload in everything from production to sales, and seeing their schedules filled with orders from home and abroad, China Central Television reported on Tuesday. 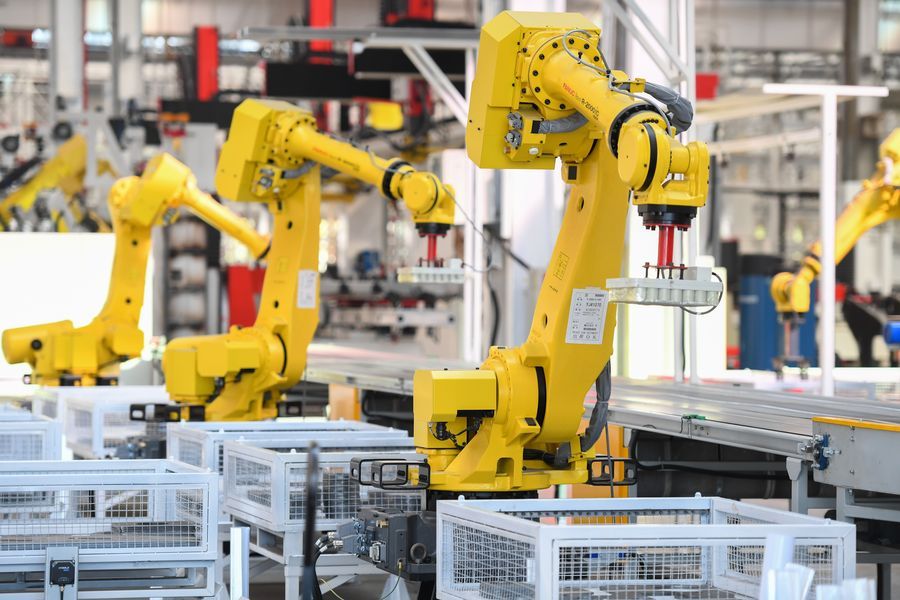 The overseas orders from Europe, America, Latin America and Africa surged in the first half of this year, with excavator orders jumping 160 percent over the same period last year, said CCTV, citing a head of the international logistics department at Sany Heavy Industry, a construction equipment manufacturer in Changsha of Hunan province.

In 2020, the Sany sold 98,705 excavators, accounting for 15 percent of the market share worldwide, and became the world's excavator sales champion for the first time.

Based on an absolute advantage in sales, the company has become the world's largest excavator manufacturer in the first half of this year, with sales figures surpassing the second company by 25,000 units, said Xiang Wenbo, president of Sany Heavy Industry.

Data from the China Construction Machinery Association showed that China's 26 excavator manufacturers sold a total of 223,833 excavators during January to June of this year, an increase of 31.1 percent year-on-year. Among the total sales, 193,700 excavators were sold domestically and 30,133 overseas, up 24.3 percent and 107 percent year-on-year, respectively.

Moreover, the sales of tower cranes have also been booming. At a smart plant of Zoomlion Heavy Industry Science and Technology, all the production lines have been in full capacity during the first six months, with a tower crane rolling off the production line every 18 minutes, said the CCTV.

From 2019, Zoomlion has remained first in tower crane sales in the world. In the first half of this year, the company only took six months to complete the total sales volume in 2019, and its sales volume surpassed 10 billion yuan, said Tang Shaofang, vice-president of Zoomlion.