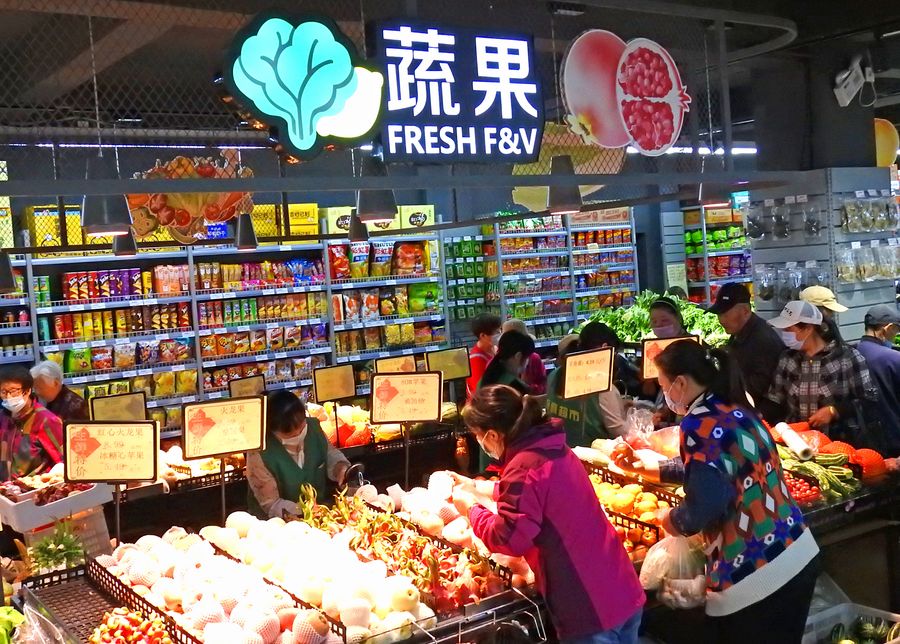 The growth eased from the 2.4-percent rise registered in August.

The CPI edged up 0.2 percent month on month in September, compared with an increase of 0.4 percent in August.

Food prices, which account for nearly one-third of the weighting in the country's CPI, climbed 0.4 percent month on month in September, with the pace of growth decelerating from 1.4 percent in the previous month.

In the first nine months, China's CPI rose 3.3 percent from a year earlier, staying within the government's annual target of around 3.5 percent set for 2020.

Wen Bin, a chief analyst at China Minsheng Bank, expected the CPI growth to further moderate in the coming months because of a higher comparative base from last year, creating room for monetary policy maneuvering.

On Thursday, the People's Bank of China injected 500 billion yuan (74.18 billion U.S. dollars) of funds into the banking system through one-year medium-term lending facility (MLF) loans, keeping the rate on the MLF loans steady at 2.95 percent.

According to Thursday's data, the country's producer price index, which measures costs for goods at the factory gate, fell 2.1 percent year on year in September, with the decline slightly widening from the 2-percent drop in August.

Dong also said that due to price fluctuations of international crude oil, prices of oil-related industries reversed the upward trend, with prices in oil and natural gas extraction shrinking 2.3 percent last month from August, and those for the processing of oil, coal and other fuel declining 0.5 percent.

In the first three quarters, factory-gate prices were down 2 percent on average from the same period last year, according to the NBS data.