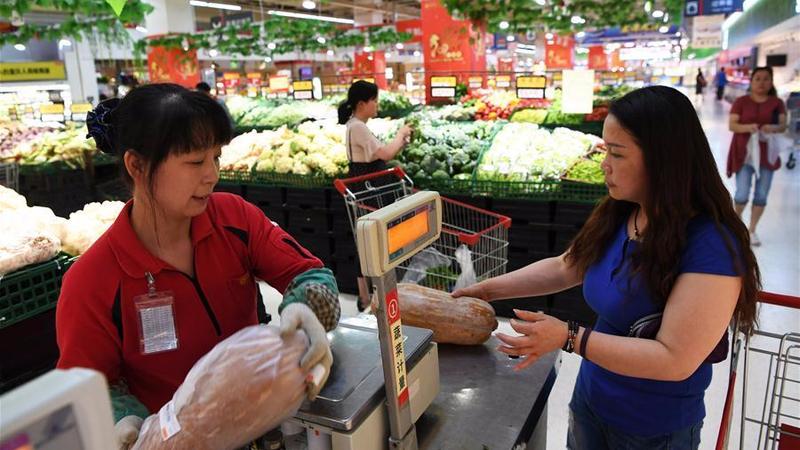 The consumer price index (CPI), the main gauge of inflation, grew 2.5 percent year-on-year in April, according to the National Bureau of Statistics (NBS).

The reading, in line with market expectations, accelerated from the 2.3-percent gain in March and 1.5-percent in February. On a monthly basis, consumer prices edged up 0.1 percent, compared with the 0.4-percent drop seen a month earlier.

Food prices, which account for nearly one-third of the weighting in China's CPI, went up 6.1 percent year on year.

Prices of vegetables and fruit went up 17.4 percent and 11.9 percent respectively, from the same period last year due to tighter supplies.

Wang Junxun, an official with the Ministry of Agriculture and Rural affairs, said earlier that pork prices would continue to trend upwards, with hog prices likely to smash the record high seen in 2016 in the fourth quarter.