BUSINESS China's consumption and factory output continue to pick up in Oct, signalling a stronger Q4

China's consumption and factory output continue to pick up in Oct, signalling a stronger Q4 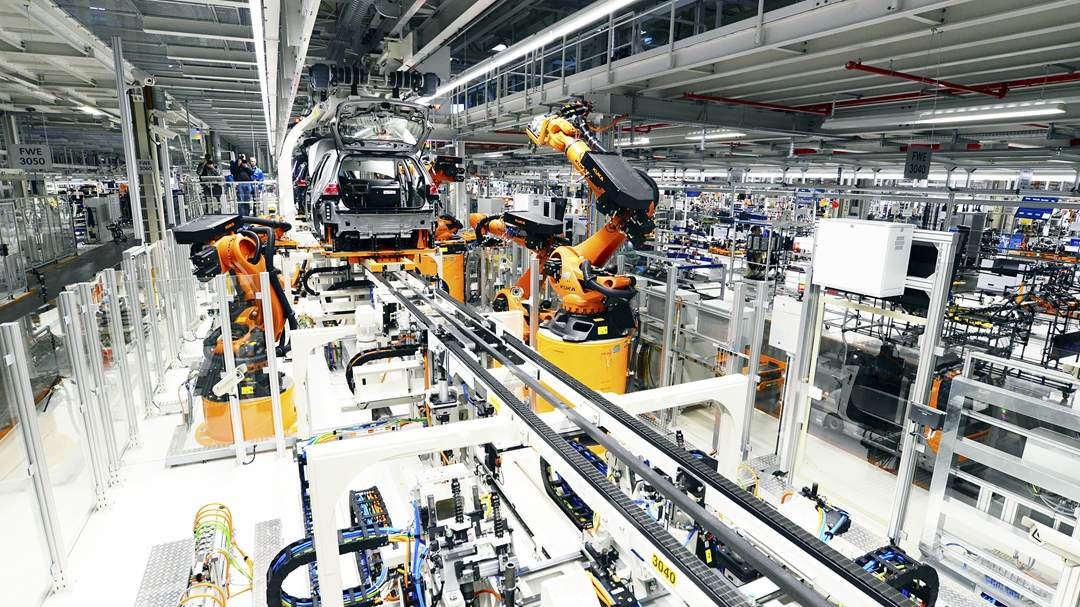 China's factory output rose faster-than-expected in October and retail sales continued to recover, as the world's second-largest economy continues to bounce back from the COVID-19 slump.

Industrial output climbed 6.9 percent in October from a year earlier, data from the National Statistics Bureau showed on Monday, in line with September's gain. Analysts polled by Reuters had expected a 6.5 percent rise.

Retail sales climbed 4.3 percent year on year in October, reaching 3.86 billion yuan. The growth picked up from the 3.3-percent gain in September.

The upbeat figures came as other Asian economic powerhouses also climbed out from their pandemic depths with Japan's economy reporting its fastest quarterly growth on record.

China's industrial sector has staged an impressive turnaround from the pandemic paralysis seen earlier this year, helped by resilient exports.

Now, with the coronavirus largely under control in China, consumers are opening up their wallets again in a further boost to activity.

China's fourth-quarter economic growth will accelerate from the third quarter, Fu Linghui, spokesperson of the National Statistics Bureau, told reporters at a briefing. 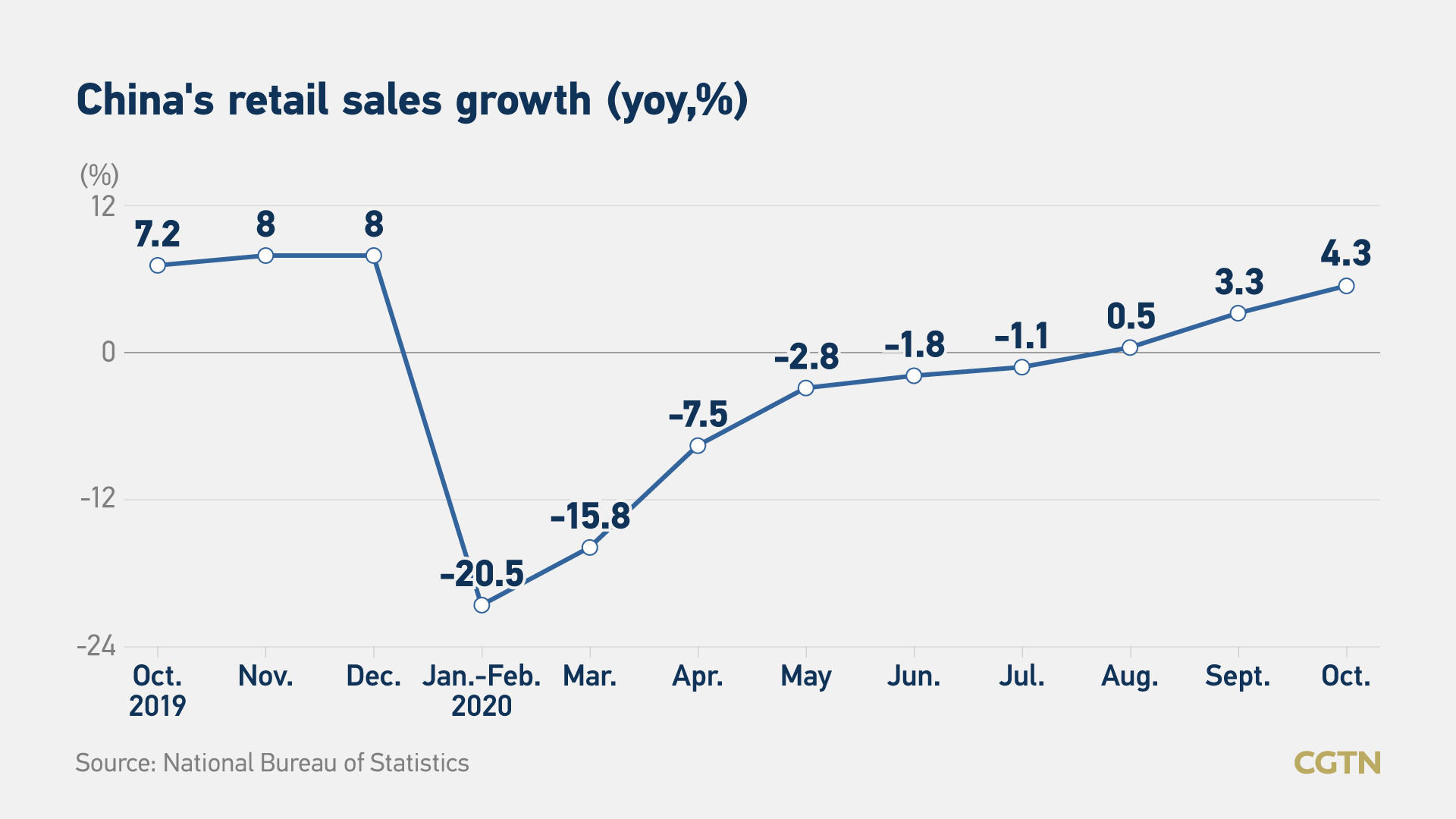 Revenue from the catering industry increased 0.8 percent in October, the first positive growth in 2020, from -2.9 percent in September.

From January to October, retail sales from online channels increased 10.9 percent year on year, with the growth rate picking up 1.2 percent from the first nine-months.

"We believe that with the further relaxation of travel restrictions and the improvement of residents' income, some consumption areas that have been relatively lagging in recovery should continue to pick up in the fourth quarter," said Wang Tao, chief China economist at UBS.

ICBC International echoed that consumption will be further boosted in the fourth quarter, as more consumption scenarios and demand for offline services are expected to accelerate after China's Golden Week holiday, and residents' consumption capacity is expected to be steadily restored thanks to the monthly increase in new urban employment and the continuous rise in residents' income.

Fixed-asset investment rose 1.8 percent in January-October from the same period last year, compared with the 1.6 percent growth forecast and a 0.8 percent increase in the first nine months of the year.