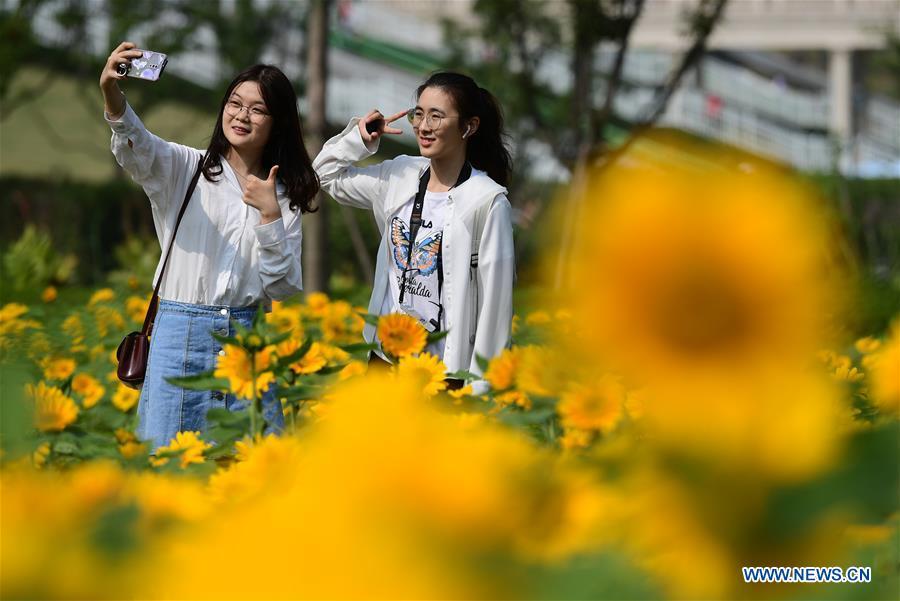 The tourism sector, reeling from the COVID-19 epidemic, is eyeing a stepped-up rebound. Data from Trip.com Group said the number of domestic trips during the holiday is likely to top 600 million, 70 to 80 percent of the amount registered at the same time last year.

Cultural entertainment consumption is also expected to embrace a lucrative period. The box office during the period could log as much as 4.6 billion yuan (about 675.47 million U.S. dollars), or 110 percent of the seven-day National Day holiday in 2019, said Zhang Xueqing, an analyst with China International Capital Corporation Limited.

The catering industry is seeing robust restorative growth. In the fortnight before the holiday, dine-in orders nationwide saw an over 40-percent year-on-year increase, and online bookings for the holiday surged by 37 percent, according to data from Meituan, a major e-commerce platform for services.

The upbeat signs in these areas mirror the revival of consumption, the main engine of China's economic growth.

Official data showed that retail sales of consumer goods, a significant indicator of China's consumption, rose by 0.5 percent year on year in August, returning to growth for the first time this year.

The State Council stressed the importance of boosting consumption in an executive meeting on Sept. 10, urging efforts to remove consumption-related bottlenecks and encourage market players to embrace innovation to further unleash the potential of domestic demand and inject impetus into economic recovery.

Analysts said expanding internal demand is the strategic basis of the new economic development pattern of "dual circulation," which was floated by the country's top leadership in May, encouraging domestic and overseas markets to reinforce each other.

The longest holiday since the outbreak brings opportunities to virus-dampened sectors, which are already on the mend, to turn the corner, said Ying Xiwen, a senior researcher with China Minsheng Bank.

As a pivotal part of the internal economic circulation, improved consumption during the holiday will become sound momentum for the economy to perk up for the rest of the year, he said.

The country's economic growth is likely to post "an evident acceleration" in the third quarter if recovery momentum sustains in September, said Fu Linghui, spokesperson of the National Bureau of Statistics (NBS).

The gross domestic product (GDP) expanded by 3.2 percent year on year in the second quarter (Q2), reversing from a contraction of 6.8 percent in Q1, according to the NBS.

Following a "better-than-expected" Q2 rebound in GDP, the World Bank has raised its growth forecast for the Chinese economy this year to 2 percent, up from the 1 percent growth projection released earlier.

Prospects for China are brighter in 2021, with its economic growth expected to reach 7.9 percent, if business activities continued to be normalized, said the World Bank.

China's huge domestic consumption potential has become its new comparative advantage, and that's why the country seeks the new development pattern to benefit itself and the rest of the world, said Yao Jingyuan, a research fellow at the Counsellors' Office of the State Council.