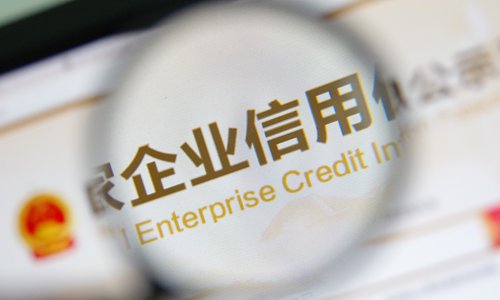 A national corporate social credit system (SCS), which aims to be fully implemented as early as late 2020, can create a more transparent and level playing field for multinational and domestic companies as long as there is constructive dialogue, the European Union Chamber of Commerce in China (EUCCC) said on Wednesday.

Since the system assesses the behavior of all companies in China through big data and produces algorithm-based ratings, it can lead to a future where all companies are treated more equally, regardless of ownership structures, said Jacob Gunter, policy and communications manager of the EUCCC, citing a report released by the chamber.

"What the SCS can do is actually remove local officials' effects in many ways," Gunter said.

"By having a lot of the data going directly to the central databases, and these cold, dispassionate algorithms rating it, you remove local officials' ability to either accidentally or intentionally misuse these regulations. In that aspect the system is providing a more level playing field."

The SCS has been described by Joerg Wuttke, president of the chamber, as the most comprehensive system created by any government to impose on a self-regulating market place. It will be built based on existing credit data infrastructures, including the National Credit Information Sharing Platform, CreditChina, National Enterprise Credit information Publicity System and other private platforms, the report said.

The level of data integrity embedded in the system means that the system will solve the problem of stranded information for both local and international companies. The sharing of information will improve equal treatment for all companies in China and drastically improve the efficiency of doing business, Feng Liguo, a research fellow at China Minsheng Bank's research center, told the Global Times.

"It is never in the interest of China to put off foreign business by unfair treatment," Feng said. "The system can provide a better business environment rather than scaring foreign investment away."

For the system to work to its full potential, conversations will need to remain open and transparent, and related laws and regulations concerning the access and handling of sensitive data will need to be enforced, Mirjam Meissner, director of Sinolytics, a partner with the chamber in the report, told the Global Times on Wednesday.

"The Chinese government is very interested in getting into dialogue and has already done so. It shows an ambition to not only engage but also to explore parts of the ideas of the social credit system," Meissner said. "This is of course something that can only be built through close exchange."

Bjoern Conrad, CEO of Sinolytics, agreed that there is an openness on the government side, and he said he is optimistic over the system's general outlook, as long as international companies improve their internal understanding of its workings and the exchange of information is open.

Companies "need to know what exactly to ask," Conrad told the Global Times.

"Making the conversations more active and proactive from both sides, and having more information flow from both directions, that is a very immediate goal."