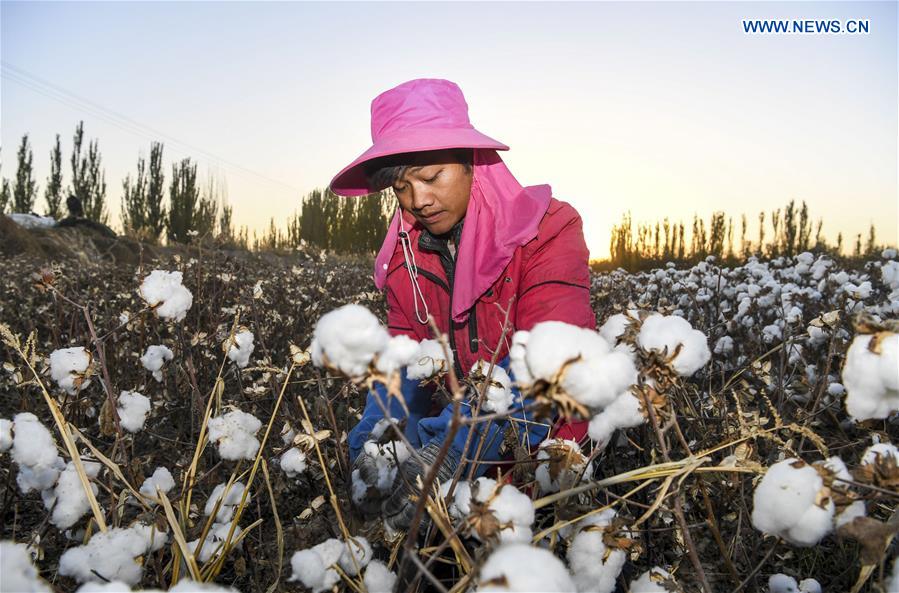 Cotton output stood at 5.89 million tons, down 3.5 percent year-on-year, according to the National Bureau of Statistics (NBS).

The total area of cotton fields shrank 0.5 percent to 3.34 million hectares, and the yield per hectare went down 3.1 percent to 1,764 kg per hectare.

The cotton output of Xinjiang Uygur autonomous region, the country's largest cotton growing area, accounted for 84.9 percent of the total in 2019, the data showed.

The decline in cotton output is mainly the result of extreme weather such as high temperatures and hail, said NBS statistician Huang Bingxin.