BEIJING, July 28 (Xinhua) -- China's courier sector keeps steady expansion in the first half of the year (H1), according to the State Post Bureau (SPB) Thursday. 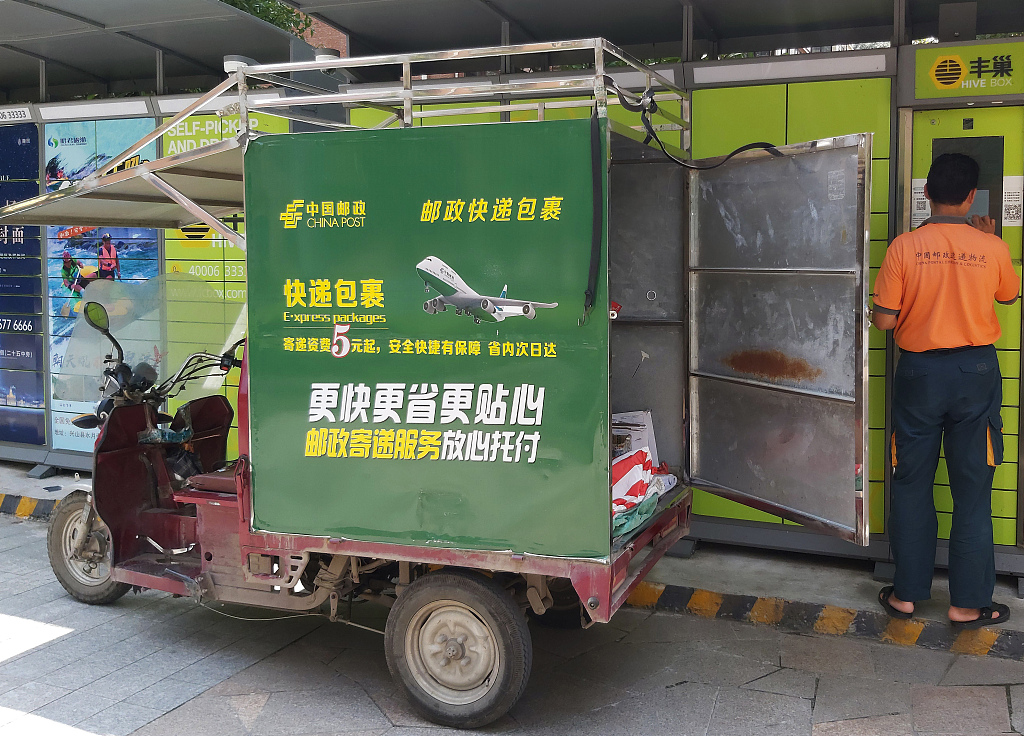 A courier delivers parcels in a community in Yichang, Hubei Province, on July 15, 2019. (Photo: VCG)

A total of 27.13 billion parcels were handled during the period, up 25.8 percent from a year ago, and June alone saw 5.4 billion parcels delivered, according to the SPB.

The business revenue of the cross-border service increased 16.9 percent to 33.86 billion yuan in H1 compared with a year ago, with 630 million parcels delivered during the period.

China plans to extend the courier network and improve computer systems, services and international connections by 2020, when the target annual revenue of the courier sector will hit 800 billion yuan.