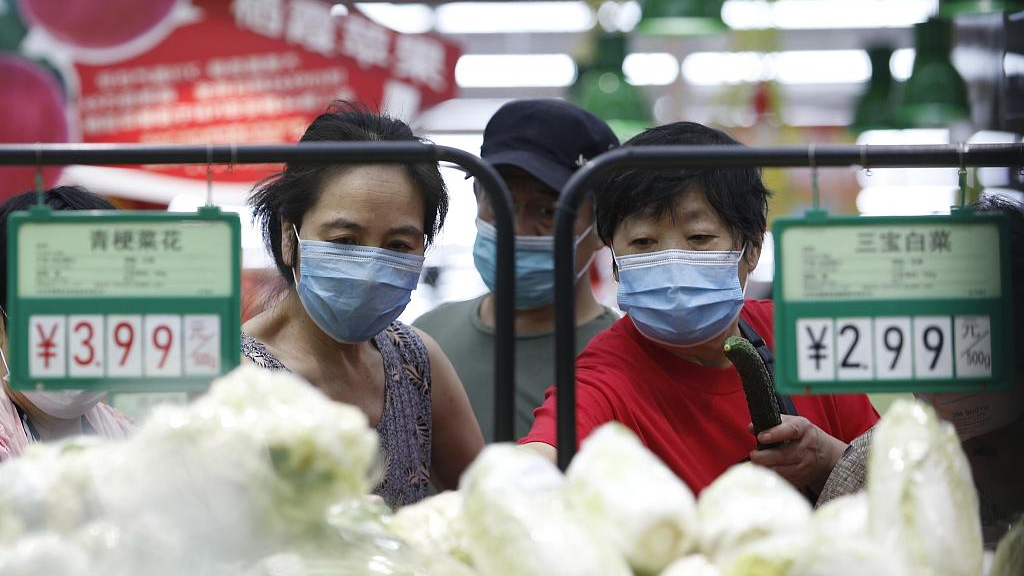 BEIJING, April 9 (Xinhua) -- China's consumer inflation bounced back to positive territory in March, while factory-gate prices grew further on the back of a rise in commodity prices and the country's economic recovery, official data showed Friday.

The consumer price index (CPI), a main gauge of inflation, rose 0.4 percent year on year in March, reversing from the 0.2-percent drop in February, according to data from the National Bureau of Statistics (NBS).

The CPI reading picked up as non-food prices rose amid the rally in commodity prices and recovering service prices while the effect of last year's high comparison base abated, the NBS said.

Non-food prices increased by 0.7 percent year on year in March, compared with the 0.2-percent decline in February, with industrial consumer goods growing for the first time in the past year due to rising oil prices.

Food prices went down 0.7 percent year on year, dragging down consumer inflation by 0.12 percentage points, according to the NBS.

On a monthly basis, the CPI declined 0.5 percent, with food prices down 3.6 percent due to falling demand after the Spring Festival, noted Dong Lijuan, a senior statistician with the NBS.

China has set its consumer inflation target at around 3 percent for the year 2021, according to the government work report this year.

Friday's data also showed China's producer prices rose at a faster pace in March to the highest level since July 2018 amid a steady recovery in domestic demand.

The producer price index (PPI), which measures costs for goods at the factory gate, went up 4.4 percent year on year last month, quickening from the 1.7-percent rise in February.

A breakdown of the data showed that the PPI for the domestic oil and natural gas extraction sector rose 9.8 percent month on month due to continued growth in international crude oil prices.

The expected rally in international commodity prices will further prop up factory-gate prices in China in the future, according to Yingda Securities.

China's economic growth gathered steam in the first quarter of 2021 as major economic indicators greatly improved during the period.

The purchasing managers' index for China's manufacturing sector came in at 51.9 in March, edging up from 50.6 in February.

Meanwhile, the International Monetary Fund on Tuesday projected that the Chinese economy will grow by 8.4 percent in 2021, 0.3 percentage points above its January forecast.

China aims to expand its gross domestic product (GDP) by over 6 percent year on year in 2021, according to this year's government work report.