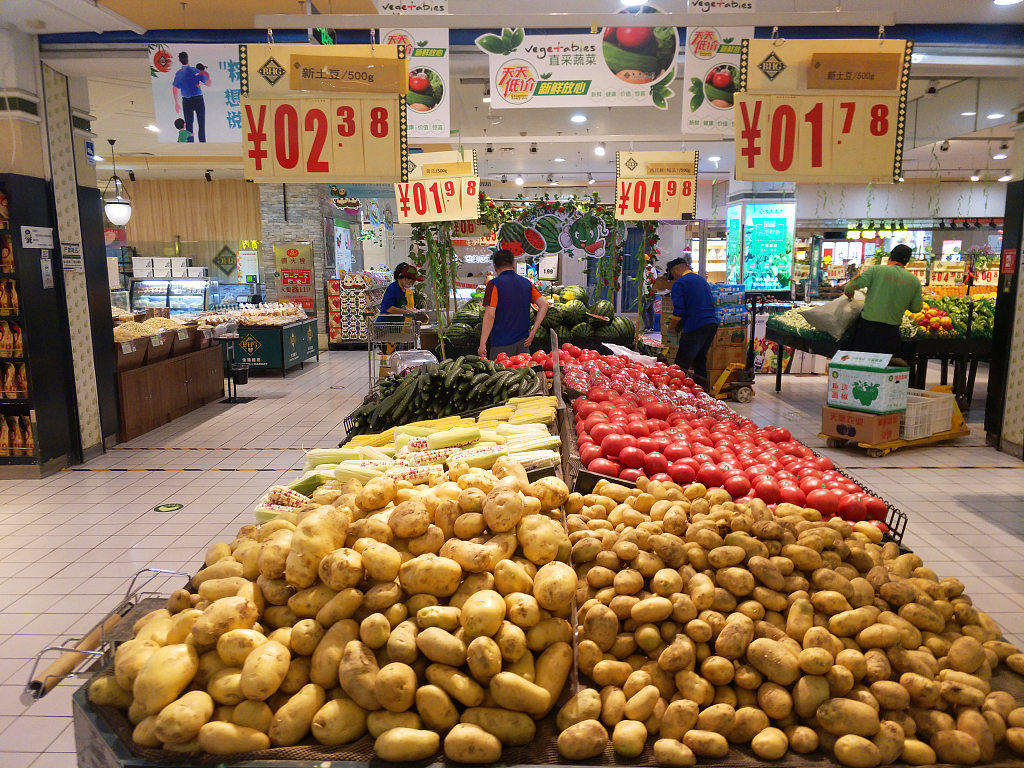 The reading, in line with market expectations, had the same year-on-year expansion as that of May. On a monthly basis, consumer prices edged down 0.1 percent last month.

For the first half of this year, CPI increased 2.2 percent compared with the same period last year, according to the NBS.

Food prices grew 8.3 percent year on year last month, up from 7.7 percent in May. However, the prices edged down 0.3 percent on a monthly basis.

In June, fruit prices hit a record high by climbing 42.7 percent from a lower base last year and 5.1 percent month on month.

The price of pork expanded 3.6 percent month on month due to tight supply.

Non-food prices rose 1.4 percent year on year, 0.2 percentage points lower than that of May.

The CPI in urban and rural areas both registered a 2.7-percent growth year on year.

Wednesday's data also showed that China's producer price index, which measures costs for goods at the factory gate, rose 0.3 percent year on year in the first half of 2019.